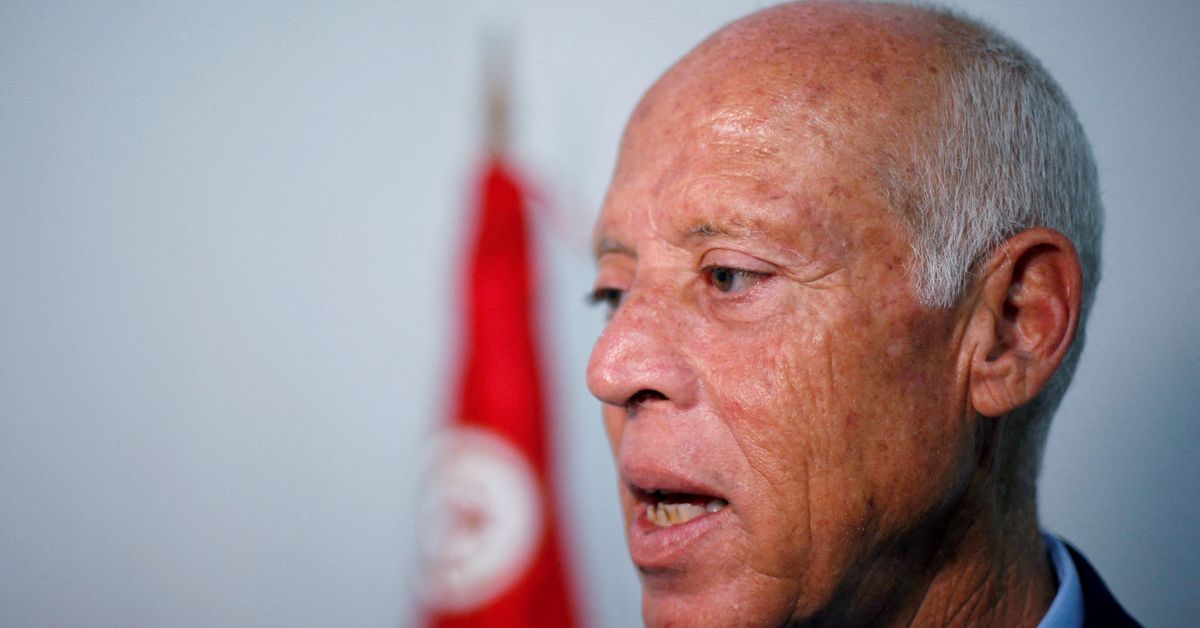 TUNIS, June 1 (Reuters) – Tunisia’s president sacked 57 judges on Wednesday, accusing them of corruption and protecting terrorists in a purge of the justice system that comes as he seeks to overhaul the political system after consolidating power in only one man.

In a televised address, President Kais Saied said he had “given opportunity after opportunity and warning after warning to justice to cleanse itself”. Hours later, the official gazette published a decree announcing the layoffs.

Among those sacked was Youssef Bouzaker, the former head of the Superior Council of the Judiciary whose members Saied replaced this year as he tried to take control of the judiciary.

The council had acted as the main guarantor of judicial independence since Tunisia’s 2011 revolution which ushered in democracy and Saied’s changes sparked accusations of interference in the judicial process.

Another top judge on the list of those sacked was Bachir Akremi, whom some political activists accuse of being too close to the Islamist Ennahda party and of stopping the charges against him. Both Ennahda and Akremi deny this.

Last summer Saied sacked the government and seized executive power in a move his enemies called a coup before shelving the 2014 constitution to rule by decree and dismiss the elected parliament. .

He says his actions were necessary to save Tunisia from crisis and that his intervention initially appeared to enjoy broad public support after years of economic stagnation, political paralysis and corruption.

Saied, who also replaced the Independent Electoral Commission, also said he would introduce a new constitution this month which he will put to a referendum next month.

However, almost all Tunisian political parties rejected this decision, as well as the powerful UGTT union.

With Tunisia’s economy failing and public finances in crisis, Saied faces the prospect of growing popular anger over high inflation and unemployment, and declining public services.

The UGTT said this week that public sector workers would go on strike on June 16, posing the biggest direct challenge to Saied’s political position so far.

How to move beyond risk, resilience and rigor in manufacturing – and why we need to rethink workforce skills