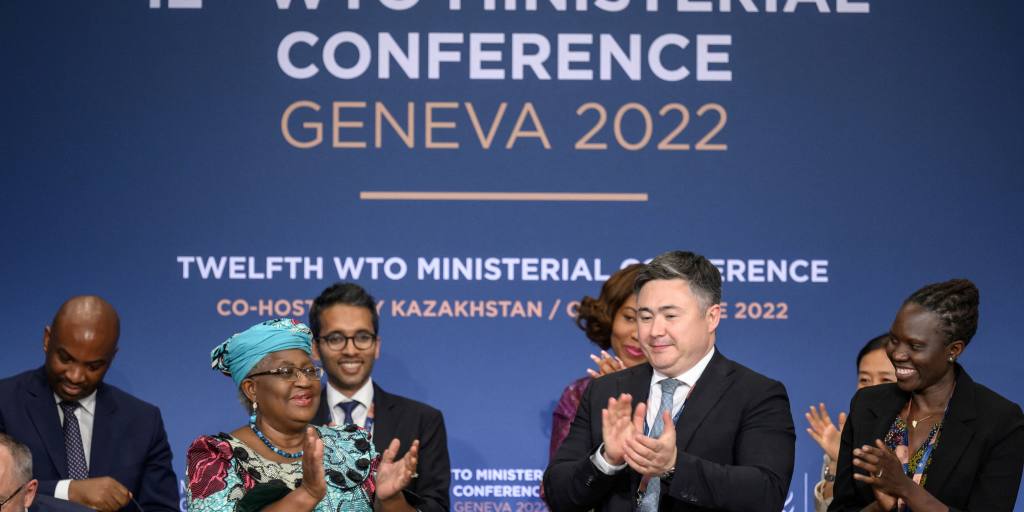 The WTO should definitely exclude the taxation of digital goods

Craig Burchell is senior vice president of global policy at Huawei Technologies. Based in Shenzhen, China, he is the former Head of Global Trade and Market Access at Philips Electronics.

Any action that adds uncertainty to the global economy should be taken with extreme caution. Yet last week, members of the World Trade Organization came close to abandoning a key deal that helps countries grow their digital economies. This would have potentially harmed small businesses while adding risk and complexity to the digital dimension of the global trading system.

Since 1998, WTO member states have voted every two years not to impose import duties and taxes on electronic transmissions such as e-books, music, movies, video games and even stream of bits and bytes sent by e-mail and SMS. The agreement not to tax these products is commonly referred to as “the WTO moratorium”, and it was due to expire at the 12th Conference of Ministers of the WTO in Geneva.

Fortunately, the moratorium has been extended. But WTO members should end the biennial renewal process and instead institute a permanent moratorium on taxation of non-physical goods. Failure to do so will increase the duties, taxes, charges and overall burden imposed on businesses, especially small and medium enterprises, thus hindering their growth and export potential.

To facilitate future trade, scholars are looking for ways to digitize trade-related processes to reduce waste, cut costs, and improve time-to-market for businesses. An example is to enable legal acceptance of digital business documents.

Surprisingly, most commercial jurisdictions around the world still require documents transferring possession of goods to be presented in paper form. But independent studies show that digitizing documents and forms could reduce business costs for SMEs by up to 70% while reducing the time spent going through customs by up to 80%.

Digitizing documents and forms could reduce business costs for SMEs by up to 70%. © Reuters

Exports could be further boosted by moving trade finance online. Access to trade finance is one of the major trade barriers faced by SMEs. A single digital portal would provide access to funding from banks and fintech companies, allowing SMEs to process all documents electronically and in standardized formats. A current example is the Singapore-based Digital Standards Initiative, a cross-industry effort to standardize digital commerce.

Countries can also invest in smart port infrastructure, as China has done in the cities of Shenzhen and Tianjin. The use of fifth-generation, or 5G, broadband networks and other technologies has made these ports safer, greener and cheaper to operate. Digitizing ports and supply chain nodes, such as distribution centers, would facilitate trade in physical goods as well as digital transmissions.

If the WTO moratorium is allowed to expire in the future and digital flows are taxed, the cost of applying complex new tariffs will fall disproportionately on small businesses. This would hinder the growth of new technologies such as 3D printing and the deployment of more efficient, greener and faster networks.

It would also unfairly burden developing countries, whose economies depend on SMEs for up to 40% of their national income, according to the World Bank.

The WTO moratorium also helps prevent the customs system from spiraling out of control. There are already nine regional trade agreements and 13 bilateral agreements that incorporate a permanent moratorium on the taxation of digital goods. If the WTO moratorium is allowed to expire, companies will need to determine which of the existing agreements may apply to their business.

Finally, the moratorium helps prevent countries from repeating the protectionist mistakes of the past. Nations have spent the past 150 years reducing or eliminating tariffs in the trade of physical goods. Much of the global digital economy operates efficiently without these costly and cumbersome tasks; introducing them would be useless.

Some WTO member states fear losing the revenue they could generate if they tax intangible goods. But while tariffs generate revenue, they also impose costs. The OECD argues that taxing digital transmissions would generate relatively little new revenue. And he estimates that the moratorium currently saves between €250 million and €7.4 billion worldwide – an extremely wide range that shows how difficult it would be to accurately estimate the digital tax burden. .

If governments want to increase revenue from non-physical goods, there are better ways to do it. Sales taxes and value added taxes, for example, are fairer and easier to implement and enforce.

The WTO and governments should start preparing now to make the moratorium permanent when they meet again in 2024. Voting once and for all on this issue will eliminate the uncertainty created by waiting until the last minute, then renewing the agreement for two more years. And that’s a much better way to stimulate trade than imposing tariffs on electronic transmissions.