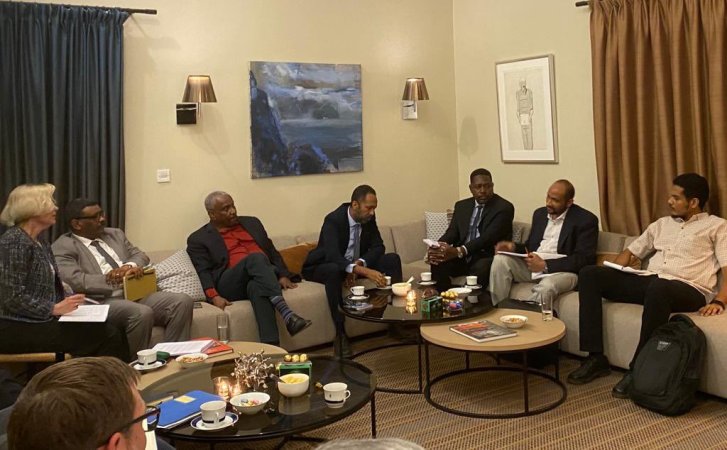 July 2, 2022 (KHARTOUM) – The Forces for Freedom and Change (FFC) on Saturday called for a united civilian front to overthrow the military rule with a general strike within two weeks.

The coalition held a meeting on Saturday to assess the situation in the country following massive anti-coup protests the Sudanese staged across the country on June 30, in which security forces killed nine protesters and injured more than 600.

In a statement issued after the meeting, the FFC said that the delay in forming a unified civil front is the reason for the existence of the coup regime which faces national and international isolation.

The meeting agreed to issue an urgent call to form a unified coordination center to prepare for the escalation of mass action and preparation for full civil disobedience after the Eid al-Adha holiday.

The statement adds that the positions of some political forces have contributed to disrupting the unity and cohesion of the revolutionary forces, alluding to the Sudanese Communist Party.

Sudanese took to the streets in droves on June 30, despite the impressive deployment of security forces who fired live ammunition at protesters.

The Central Committee of Sudanese Doctors (CCSD) said on Saturday that security forces injured 629 protesters during the June 30 protests in Khartoum state and other areas.

The Resistance Committees, the spearhead of the anti-coup protest, the communists and the non-signatory groups reject the participation of the military component in the transitional government and agree with the FFC.

However, they reject the ongoing negotiations brokered by the United States and Saudi Arabia between the FFC and the military component.

The Sudanese Communist Party rejects the FFC’s call for a united front to overthrow the military regime and accuses them of working to restore a partnership government with the military component as it was before the October 25 coup.

On Saturday, the Communists went to call for the formation of a “Unified Center for Global Radical Change to Achieve Peace, Justice and Unity.”

They said it would also be a coordinating body for the struggle to overthrow the ruling junta.

The left party stressed that this coordination body is open to political parties, trade unions, armed movements and “committees and organizations created by the masses to lead the revolutionary movement towards radical change”, in reference to the Resistance Committees without naming it.

The Sudanese communists have said that the cancellation of the Juba Peace Agreement is one of the tasks of the transitional government in order to achieve a comprehensive and inclusive peace in the country.

The Sudanese Communist Party has always opposed the peace agreement signed in Juba with groups from Darfur and Malik Agar’s SPLM-N.

Party leaders said the Darfurian armed groups that signed the peace accord do not represent the silent majority that remain in the IDP camps.

In a related development, the Sudan Liberation Movement (SLM), led by Abdel Wahid al-Nur, rejected any partnership with the military component and called for the unity of political forces to bring the putschist to hand over power to the people.

“Building a unified civilian front to coordinate all the forces of the revolution is an urgent duty that we must now accomplish without delay, a necessary requirement to defeat the coup and establish full civilian power,” the SLM-W said. .

Furthermore, the resistant armed group called for a consensus on an all-civilian transitional government composed of independent figures that would implement a national program agreed in the framework of a Sudanese-Sudanese dialogue to address the root causes of the political crisis.

The Khartoum State Resistance Committees have launched three sit-ins in Khartoum, Bahri and Omdurman to keep up pressure on the putschists who have deployed troops in what they call strategic areas, including the Sudanese presidency and the army headquarters.

Alex Pereira knocks out Sean Strickland in first at UFC 276