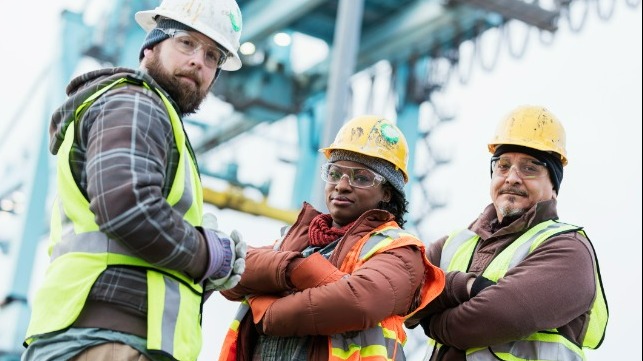 Steve Forbes wants Congress to enforce the Jones Act in depth by sending it to Davy Jones’ locker or, better yet, slamming it into an iceberg on the Titanic. The president of Forbes Media wants to throw out some 650,000 Americans employed by the US shipping industry – not to mention millions of other workers in support activities like shipyard and factory workers, terminal personnel, warehouse workers and logistics, truckers and railroad workers – unemployed where they will lose not only their jobs, but also their health care benefits, housing, savings and self-esteem.

Forbes wants to do away with the 100-year Jones Act and uses a lot of facts in his persuasive effort in a recent op-ed, “Law Worth Hitting an Iceberg.” It is the latest in a long line of attacks on a law that is the bedrock of America’s shipping industry – none of which has succeeded.

And for good reason: the Jones Act works. It creates jobs. It protects American workers from unfair foreign competition. It provides for a strong and reliable merchant navy and merchant fleet. And it provides a critical line of defense in wartime.

The United States has 12,000 navigable miles of inland waterways and 95,000 miles of coastline where Jones Act ships can carry cargo to all corners of America. Throughout the past year and a half of COVID-19 closures and lockdowns, this industry has persevered and continues to deliver the goods.

Forbes says the most pronounced distortions of the Jones Act are found in places like Puerto Rico, where petroleum products and other goods delivered on vessels qualified for coastal shipping can cost consumers and businesses much more. Yet a report commissioned by the American Maritime Partnership concluded that the Jones Act cabotage rules have no impact on retail prices or the cost of living in Puerto Rico. Two-thirds of supplies in Puerto Rico arrive on foreign ships.

The Jones Act is truly “just in time” to meet the economic needs of the United States during the ongoing pandemic, which has exposed our massive dependence on foreign shipping. Foreign-flagged operators carry 97 percent of all US foreign trade. Losing the Jones Act there and then would cede our national maritime economy to foreign-flagged operators, making us more vulnerable in times of crisis.

Just-in-time trade has wrecked the global economy, and Americans are now feeling the pinch in everything they buy. Clogged supply chains are happening around the world, not just in Southern California. If anything, we need more Jones Act ships that we can rely on to deliver the goods.

Forbes overlooks the importance of the Jones Act in ensuring the country’s national security in times of war or crisis. U.S.-flagged ships are essential for transporting military materiel and personnel overseas in times of need, a job they do so well. Without a proper blue water fleet, we would be completely dependent on foreign vessels in times of need.

Forbes should also understand that foreign ships have no place in America’s waterways. Do we want Russian tugs and barges to move goods between New Orleans and St. Louis? I do not think so.

The Jones Act ensures that only vessels and work boats qualified for coastal transport can carry goods on U.S. waterways. The 40,000 vessels that make up the Jones Act fleet do this job very well, moving a billion tonnes of cargo a year – or about a quarter of the country’s freight – along inland waterways, across the Great Lakes and over the oceans to Hawaii, Alaska. , Puerto Rico and the US territories.

In exceptional cases, when exemptions from the Jones Act are needed – as they were during Hurricanes Irma and Maria – they are granted. But now is not the time to reject a law that has served the country well for 100 years and has the support of almost every segment of American society. Don’t throw the baby out with the bathwater!

Tony Munoz is the publisher and editor of The Maritime Executive magazine.

The opinions expressed here are those of the author and not necessarily those of The Maritime Executive.