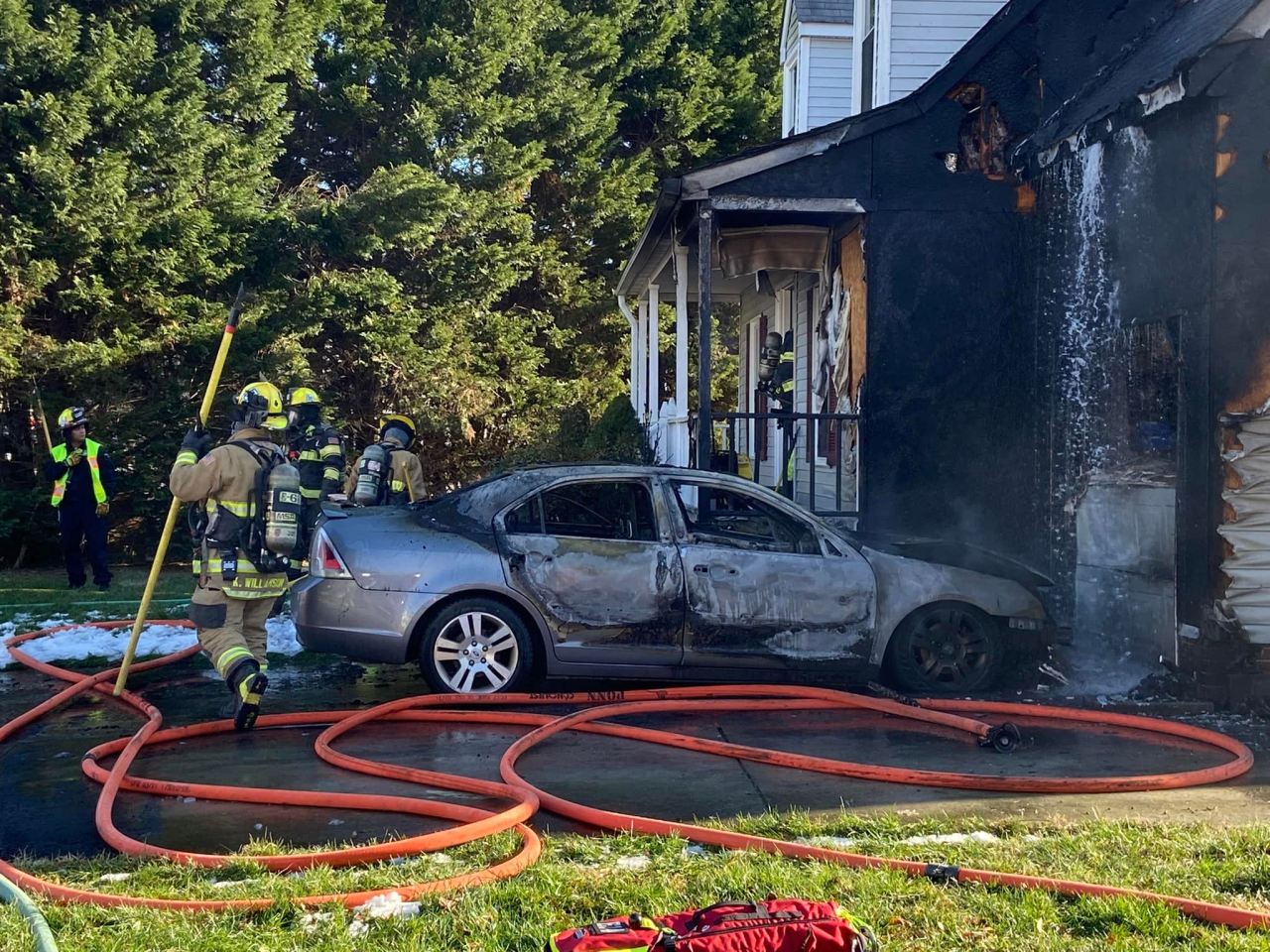 According to the Chesapeake Fire Department, the call for the residential fire arrived around 2:50 p.m. Tuesday in the 800 block of Kemp Meadow Way.

Officials say the fire started in a vehicle that was parked in the driveway and quickly spread to the two-story home.

The two residents were inside the residence at the time of the fire and were quickly alerted by their neighbors knocking on the front door. Both were able to evacuate safely.

Authorities said the fire spread to the garage. The fire was under control at 3:21 p.m., but the house suffered extensive damage.

No injuries were reported.

Download the WAVY News app to follow the latest news, weather and sports from WAVY-TV 10. Available at Apple and Google Play stores.