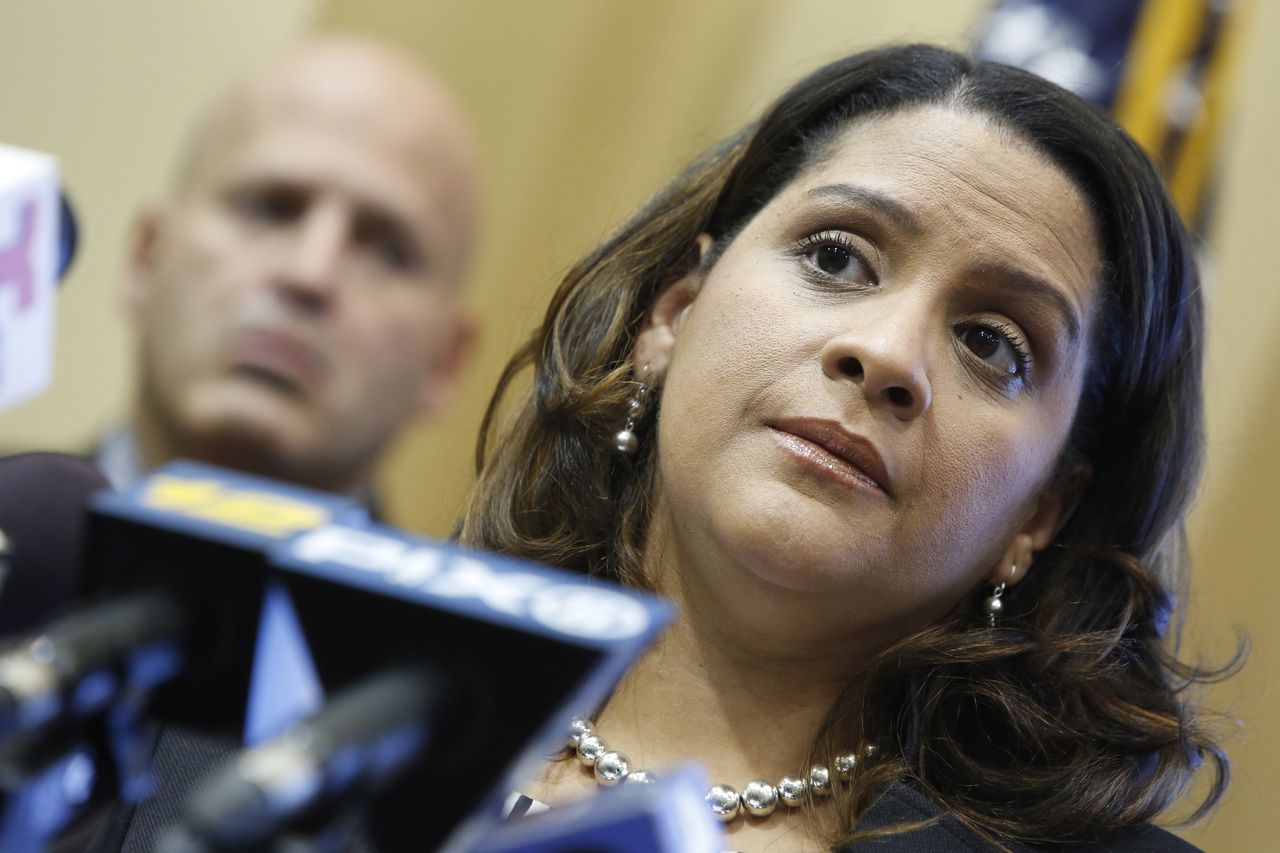 Passaic County police chiefs are backing embattled District Attorney Camelia M. Valdes in her standoff with rank-and-file cops who have called on her to step down.

In an open letter released Monday, the Passaic County Police Chiefs Association said it “stands in solidarity with and fully supports” Valdes, who angered unions with a policy passed in January that requires cops to report to the prosecutor’s office at any time. involved in a car accident that causes serious injuries in Passaic County. The chiefs called on the county’s PBA conference to overturn its recent “no-confidence” vote in Valdes, an appointee awaiting a third term.

The chiefs argue that the vote of delegates from 21 locals in July does not represent a majority of the base and should be overturned. They say asking police officers to report serious motor vehicle accidents has been standard statewide protocol “for decades” and shouldn’t be seen as Valdes attacking cops.

“To suggest that most PBA members within the Passaic County Conference recently voted no confidence in District Attorney Valdes is totally misleading and inaccurate,” wrote Angelo J. Daniele, president of the Association of Chiefs of Justice. Passaic County police in the letter. Daniele is Chief of the Haledon Police Department.

Rob Ormenzano, a North Haledon police officer who is the chairman of the Passaic County PBA conference, did not immediately respond to a text seeking comment on Tuesday.

In his letter, Daniele noted that Passaic County police officers have been involved in more than 80 motor vehicle accidents, both on and off duty, since the start of the year when the Valdes Directive took effect. The prosecutor’s office investigated 10 of the cases and charged two officers with drunk driving after they allegedly left the scene, Daniele wrote.

“It is apparent that this directive was not intended to target law enforcement officers in Passaic County,” Daniele wrote. “Instead, this directive has been clearly implemented to avoid potential conflicts of interest in traffic accidents involving police officers” and to increase transparency and accountability, he wrote.

The show of support is the latest boost for Valdes, who in April was named a defendant in a lawsuit brought by Henry Hernandez, a media specialist in the prosecutor’s office. Hernandez alleged he was “frozen” in the DA’s office after refusing to process what he said were “inappropriate” photos of Valdes and her husband “in various states of undress”.

But a Bergen County judge found no basis for the allegations and earlier this month dismissed four of the five counts in the lawsuit. The ruling removed Valdes as a defendant in the lawsuit.

Our journalism needs your support. Please subscribe today to NJ.com.

Richard Cowen can be reached at [email protected].