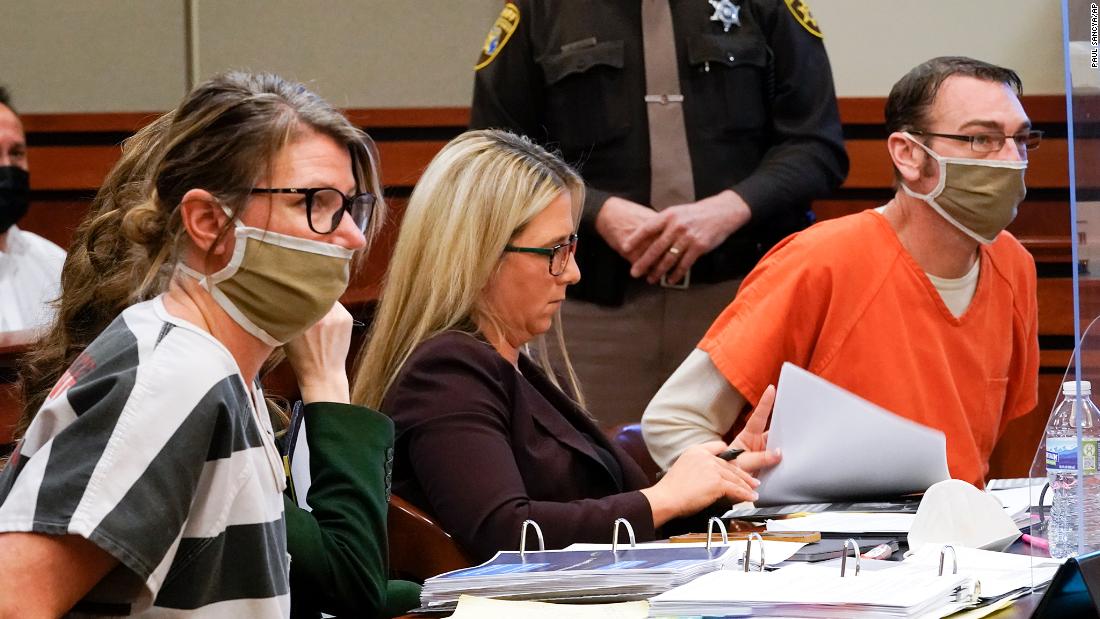 Jennifer and James Crumbley have each been charged with four counts of manslaughter after their teenage son allegedly shot and killed four students and injured seven others at Oxford High School in November.

They both pleaded not guilty and their attorneys argued in court papers that the charges had no legal basis and that the couple should not be held responsible for the murders their son is accused of committing.
But in court documents filed earlier this month, prosecutors pleaded to uphold the manslaughter charges against the parents, saying their “gross negligence allowed their son access to the weapon of the crime and allowed him to stay in school with that murder weapon,” adding that their negligence was a “substantial factor” in the murders.

In his decision Wednesday, Matthews sided with prosecutors and said a “reasonable juror might conclude that his (Ethan Crumbley’s) actions were reasonably foreseeable” and that his parents’ actions could be considered related to his.

Ethan Crumbley also pleaded not guilty to a slew of charges, including four counts of first-degree murder, seven counts of assault with intent to murder and 12 counts of possession of a firearm while committing a crime.
His trial has been postponed until January 17, 2023, a judge announced during a preliminary hearing on Thursday. He remains incarcerated in the Oakland County Jail. Crumbley’s defense attorneys said they plan “to assert the defense of insanity at the time of the alleged offence.”

Another judge orders evidence to be released to families of victims

Also this week, another judge ordered the school district and the sheriff’s office to comply with subpoenas to release evidence of the shooting to families of the victims, according to a copy of the ruling.

The decision follows a lawsuit filed in January by families of students who survived or were killed in the shooting against parents and employees of the Crumbley school, alleging they had been negligent. in their treatment of the suspect.

As part of their lawsuit, the families subpoenaed Oxford Community Schools in March and the Oakland County Sheriff’s Office in April, seeking evidence of the shooting, including crime scene photos, surveillance video from the school during the shooting and the police report. The school district and the sheriff’s office are not defendants in this case.

But Oakland County prosecutors have expressed concern about the release of evidence as they prepare for criminal trials related to the shooting.

The Oakland County District Attorney’s Office told CNN in a statement after the ruling that it would seek to intervene in the civil case so it can ask the judge to block disclosure of evidence. Oakland County Assistant District Attorney Marc Keast said the bureau is focused on prosecuting criminal cases and does not want “prematurely” released evidence that could impact those cases.

“Civil cases are also an important part of bringing justice to victims, but we ask that criminal cases be allowed to proceed before more evidence is released,” Keast said. “Furthermore, there is substantial research and data showing that school shooters seek notoriety, as was the case with the Oxford shooter. We want to avoid any public release of video or other evidence that might inadvertently encourage future shooters.”

Thursday, the prosecution had not filed a motion to intervene.

A lawyer representing the victims’ families told CNN he was pushing for the copies of the evidence as quickly as possible, saying that seven months after the shooting the families were being denied access to basic information about the crime. .

“The DA’s office has done a great job pursuing the criminal charges against Ethan and his parents,” attorney Ven Johnson told CNN. “What they haven’t done a good job of is handing over these documents that these parents are absolutely entitled to.”

David Williams, the chief assistant district attorney, said in a statement to CNN that the families and their attorneys “have been given the opportunity to view the video and other evidence when ready from the security of the county sheriff’s office. of Oakland or Oakland County. The district attorney’s office.”

Oakland County Sheriff Michael Bouchard told CNN in a statement that he does not object to the disclosure of evidence as long as it does not raise fair trial issues.

“My singular focus and concern is for our victims and for those responsible to be held accountable,” Bouchard said. “In that vein, I hope any victims, families or friends who view the video have the appropriate support around them as it is deeply disturbing – even for a seasoned law enforcement professional.”

“Release of this prior to the conclusion of criminal proceedings is acceptable as long as there are no fair trial concerns for those proceedings,” the sheriff added.

CNN’s Laura Ly and Adam Jones contributed to this report.