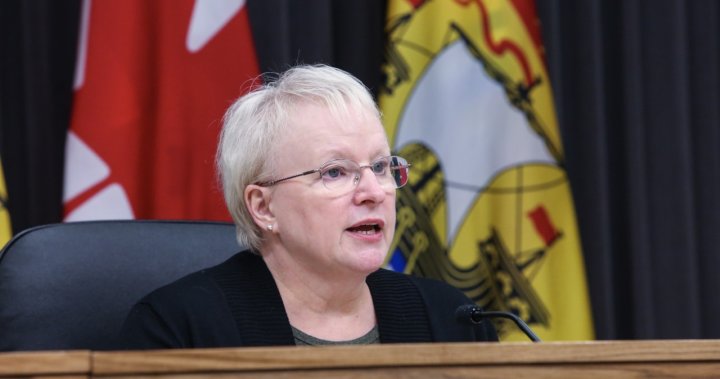 Other COVID-19 restrictions are not ruled out, according to New Brunswick Health Minister Dorothy Shephard.

Shephard said she was concerned about every region in the province as cases continue to rise and hospitalizations are on the rise again.

Circuit breakers in several areas were lifted, with Shephard saying some, like those in the Moncton area, were not effective.

“We have the power to control the spread of COVID-19 and it is of great concern that the numbers are increasing, so we may very well be forced to move in that direction,” she said, noting the vacation of Xmas.

She said people know what to do to protect themselves and urges people to keep their close contacts small.

The health ministry, she said, is working on graphical information for the public to help them understand the seriousness of breaking the rules amid Wave Four.

“We need them to be part of the solution as they always have been,” she said. “Keep your circles small. “

Zone 2, 3 and 4 circuit breakers have been lifted and the rest will be on November 26.

Jean-Claude D’Amours, the Liberal health critic, said it was not really about the measures but rather how they are applied.

“You can put whatever measures you want, but someone has to apply them,” he said in an interview on Thursday. “We have spoken to public health on several occasions to ask them what you are doing to ensure that these measures are respected.”

He said that Zone 4, where his constituency is located, saw significant application, but he was not convinced that this had happened in other areas.

D’Amours has said he believes the majority will follow the rules, but these are the ones who won’t.

“I was very worried when they pulled the breakers off,” he said. “My feeling was that they needed to be improved to better manage local epidemics and regional epidemics.”

Coon, alongside acting Liberal leader Roger Melanson, quit the all-party COVID-19 ministerial committee following the Prime Minister’s use of the emergency decree to force healthcare workers back to work in the middle a strike.

Melanson said decisions were still in the hands of the prime minister and his cabinet; that is still the case today, and his presence on the committee does not change that.

“The current COVID-19 situation we are experiencing is of concern, so as a Member of Parliament and Leader of the Official Opposition, I will continue to openly and freely offer ideas on how to resolve or improve the situation. “