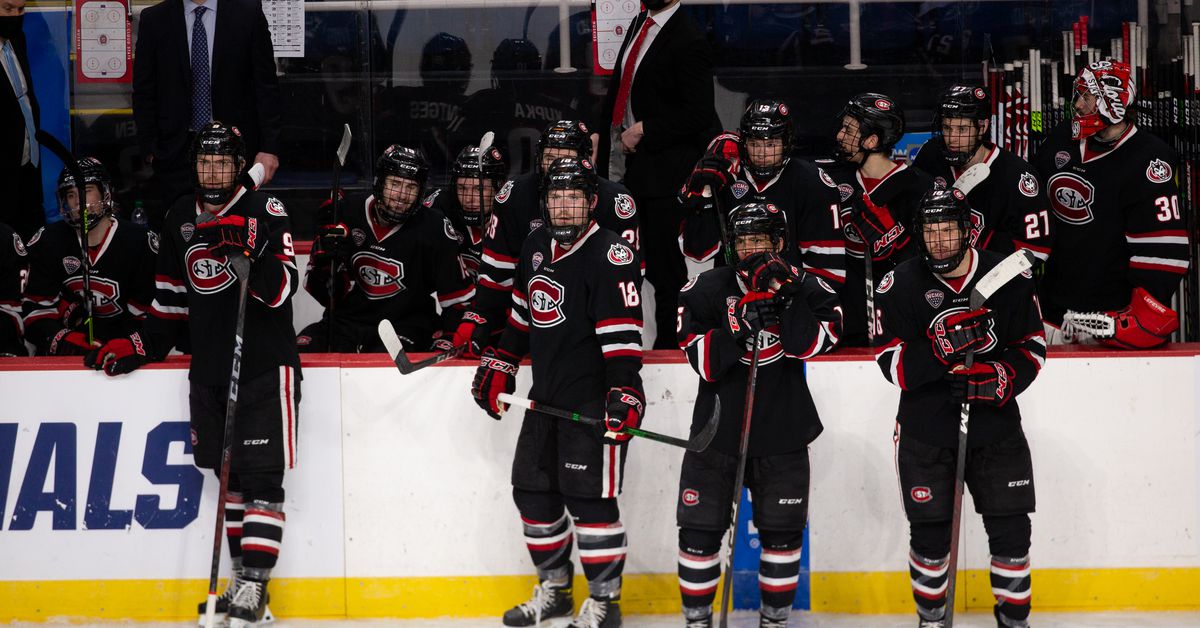 The summer of 2022 is a biennial year of rule changes for men’s and women’s ice hockey, and a few rule changes have passed through the appropriate levels of the NCAA Bureaucratic Inferno for adoption next season.

For the first time in over a decade, changes to the overtime format were only a secondary concern for the Rules Committee, rather than the primary concern. Instead, the primary focus was a much-needed overhaul of the video review process.

Although the post still leaves some wiggle room saying that officials continue to have the ability to review goal plays and major penalties at their own discretion. We will have to see how this change plays out in practice. The previous rule regarding video review was not necessarily bad as written and intended – to fix obvious and egregious missed calls. But in practice it turned out to be a disaster, with each goal apparently forced to undergo a five- to 10-minute scrutiny, looking for any possible reason for disregarding the goal. Hopefully this change fixes some of that. A proposal suggesting a time limit for reviews never followed the process, but simply following the review philosophy as written – that something has to be blatant to knock down a good goal on the ice – would go a long way in improving the flow of the game.

Because it was a rule change year and because every college hockey ends in a 2-2 tie, the rules committee couldn’t get away with it without changing the overtime format yet again. This time it was pretty minimal, essentially allowing schools to use shootouts to break ties after a 3-on-3 overtime, if the host school’s conference uses shootouts.

There’s also a proposal, which still requires official NCAA approval, to change the weighting of overtime results in men’s hockey from the 55/45 split last year to the 67/33 split currently used in women’s hockey. The 55/45 split made overtime essentially meaningless. Last year’s Pairwise final wouldn’t have changed if all the games that ended regulation in a tie – and there were many – had been ruled as ties. It actually adds a bit of meaning to overtime.

Finally, the NCAA added the ability for officials to only call a five-minute major for a hit from behind or head contact, rather than automatically adding a game foul to the call. . A lot of the reasoning I heard behind the push was “Most shots look really bad when you slow them down to slow motion” which seems to me like some kind of weird logic for saying you shouldn’t not do dangerous shots that hard because most of them are dangerous anyway. But it is what it is. Head injuries apparently got far enough from the rhetoric that the NCAA felt they could take a step back.

There were also other minor changes. They adopted the NHL rule that a player need only have their skate over the blue line to be considered onside during a play. That’s a good change. If you have to use the blue lines at all – you really don’t call offsides in hockey – then all the advantages and benefits of the doubt should go to the attacking team. Scoring goals is hard enough without extra technical details getting in your way.

Speaking of which, the Rules Committee took a step back by eliminating a rule that the defending team touching the puck in the defensive zone negated the ability to review offsides at the entrance to the zone. . Again, it’s hard enough to score a goal. Stop looking for technical details to ban them.

Overall, I think the committee did well with its two-year rule change. Like I said, we’ll have to see how the changes to the video review actually play out. The rules, as written, are good. The problem has been how they have been interpreted in recent years. Hopefully this change will lead to more goals scored and less time spent at the video review booth looking for excuses not to count them.

How much does it cost to live in a hotel