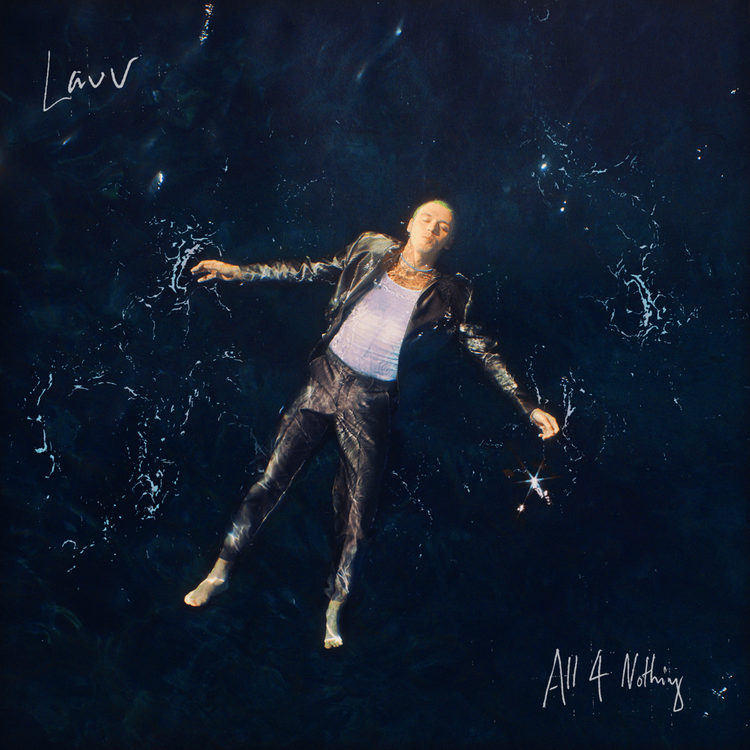 American singer-songwriter Lauv released his new album “All 4 Nothing” on August 5th, and it’s just in time for the end of summer.

In “All 4 Nothing”, Lauv brings with him a new sense of self, much like that of Harry Style”Harry’s house“and Conan Gray”super evil.” Overall, the summer of 2022 has brought a new take on the artist’s storytelling and emotions in the musical world, allowing audiences to get a more meaningful sense of what music can express.

26 is a song about turning 26, but Lauv turns it into a narrative of his life as a rising artist and how difficult the transition was. The tune moves away from the clichés found in love songs and carves another path through the sands of human experience, adding to this summer’s collective storytelling albums.

“Stranger”, like all the other tracks on the album’s tracklist, comes with a darker music video than “26”, a surprisingly lively clip despite its heartbreaking lyrics. The “Stranger” music video is especially touching at the end where Lauv and the woman he fears losing hold hands despite everything they’ve been through.

In the air, Lauv describes his fears that a relationship would end because his other relationships fell apart because he pushed people away. He sings that he’s no stranger to love, falling apart, secrets and more, showing the audience just how deep this fear runs.

Lyrics like “Girl, kiss me before you miss me / Say one day I’ll be a really big star,” lead this track, creating a lighter tone. Lauv sings of a young love that didn’t work out when he knew he was going to be a big star and fondly recalls his youth.

The music video contradicts the lyrics when Lauv meets his younger self, leading to a reconciliation of two periods of his life. When they meet, the older Lauv stays for a while until the girl he was in love with comes along, eventually transforming into an older version of herself.

In the catchy tune “Molly in Mexico”, Lauv recalls a trip to Mexico with someone he loved, singing “And we took Molly to Mexico”, alluding to drugs.

Although the melody is not as symbolic as others in the tracklist, it still revisits Lauv’s memory, allowing him to express himself and his emotions with music.

All for nothing (I’m so in love)

By far the best track on the album, “All For Nothing (I’m So In Love)” is full of emotion that can easily be felt by the audience, with its catchy lyrics and a melody that flows perfectly with the brilliant and fun music video.

The clip jumps from Lauv drifting in the ocean singing “I’m so in love, I’m so in love”, to him dancing on the beach singing and playing the piano accompanied by the line “Hey, did you know that you are all my heart?capturing the hearts of the audience and bringing them into the emotions expressed by the song.

“Stay Together” takes a different spin on love songs, celebrating a breakup instead of mourning it. Lyrics like “Thank God we never stayed together / Bought a house, had a kid, had a dog together”, clarify the meaning of the song.

While simple, the music video also makes a statement about the emotions Lauv feels while reminiscing about that past relationship. With a carefree smile aboard a skateboard, Lauv shows his relief and happiness at ending the relationship, portraying a different take on other mainstream breakup tracks.

“Summer Nights” has a beat you can dance to and represents yet another type of relationship that is far from the ideal image of love. With lyrics like “Say you’ll come with me, yeah / Back to summer nights, you and me / Long before we were real lovers,” Lauv expresses his emotions as he thinks back to a relationship before it was. really real.

The desire to reverse a romantic relationship instead of clinging to it creates a complex emotional narrative for the listening audience, breaking with romantic stereotypes in the songs.

Titled after Cyndi Lauper’s “Time After Time,” Lauv is about loving someone so much that he can see himself falling in love with that same person millions of times despite his broken heart.

This music video is also simple, but the symbolism of the singer ripping petals from a flower as he sings about this love is symbolic enough for the subject matter and the song’s short duration creates a melody that can very well be played on a hour loop.

The emotional connection between Ari and Lauv focuses on emotional health – another form of love – which has never been seen before in other songs on the tracklist.

“Better Than This” and “Hey Ari” are similar due to how they compare Lauv to the person he sings about.

“Bad Trip” explores mental health and another kind of love: self-love. Much like “Stranger”, Lauv sings about his fears of losing his mind and dying in the dark. Lyrics like “Don’t let me die in the dark”, “It was a really bad night”, and “Yeah, it’s falling apart” show his fear for himself more than anyone else.

I do not have any problem

“I (Don’t) Have a Problem” is about false confidence. In it, Lauv sings about the emotional turmoil he experiences while manufacturing his confidence, revealing how lonely he feels because of it.

The music video that accompanies the song makes sure that the idea of ​​loneliness and the emotions that come with it come through as well, with visuals of Lauv walking away wrapped in a blanket at the end.

In “First Grade”, Lauv expresses the emotions of someone he loves instead of his own, explaining how the person often feels lonely and discouraged because of their past.

Lyrics like “But I wanna show you / It’s okay to be who you are,” show how much Lauv cares about that person, making sure they know they’re loved, beautiful, and healthy. security. The heartfelt tune is different from other songs because it represents another aspect of life – the past and love – intertwined to create an emotional and musical experience for the audience, comforting them in their own life and individual emotions.

The songs on “All 4 Nothing” make for a perfect summer album that collaborates with other artists’ themes in recently released tracklists, making it a great way to end Summer 22.