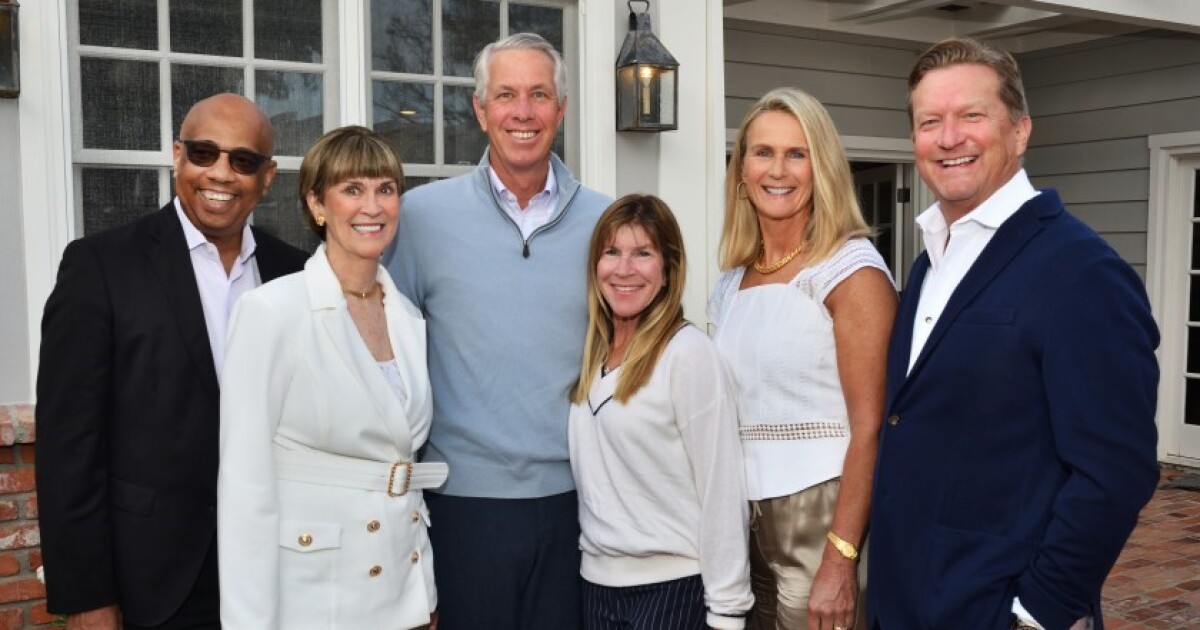 When they turn 18, their foster families no longer receive money from county social services to support the education of young people. These young adults often find themselves alone in the world without a safety net.

This is where Just in Time for Foster Youth comes in.

For its work helping former adoptees navigate the challenges of adulthood, the San Diego nonprofit received the Kaleidoscope Award for Good Governance Jan. 27 at the 18th Annual Governance Symposium nonprofit at the University of San Diego.

The award is presented by the USD Nonprofit Institute to recognize, celebrate and promote good governance in the region’s nonprofit sector.

“It’s quite an honor,” said Brad Livingston, Chairman of the Board of Just in Time, a Rancho Santa Fe resident. “I think the award simply recognizes excellence in organization and leadership. .”

Livingston attributed the organization’s success to close collaboration between the 24-member board and a staff of more than 35 led by empowerment director Don Wells.

“We have a great board,” Livingston said in a recent phone interview. “The board is very engaged with the staff. We have great synergy.

“It takes time, but you build trusting and respected relationships. Through these relationships, you create synergy and you can really move the mission forward.

Livingston singled out Wells for his role in strengthening the organization and expanding its capabilities.

“As an organization grows, you have to build infrastructure,” Livingston said. “Don hired some really good talent to build a leadership team. … We injected technology.

“That’s where the growth has been concentrated in recent years and that has allowed us to do a better job. Through that, through development and networking, we’ve built a very supportive community of investors and we also have a very strong development team.

Wells said he started as a volunteer with Just in Time in 2006 and took over the staff in 2010.

“We’ve worked really hard at Just in Time to create a basic sense of trust and really constructive communication,” Wells said. “Even when we are in conflict, it is done in a constructive way. I really have a very strong feeling that’s what’s led to all the success we’ve had over the last few years.

“We have grown from a largely volunteer-run organization that served a few hundred young people with basic needs to an organization that provides comprehensive resources – everything from helping people get their driver’s license and get a car to help them find a job.”

He said the graduation rate for students helped by Just in Time is 75% to 80%, compared to the national norm for homestay youth of 3% to 6%.

The award, which came in the category of nonprofit organizations with annual budgets between $500,000 and $10 million, serves as validation that Just in Time is on the right track with its approach. The group is exploring the potential for expansion to communities outside of San Diego County.

“Over the next year, as we enter our 20th anniversary, which will begin the next fiscal year in July, we really want to have a plan in place to help others achieve the same type of impact that we have. uh,” Wells says.

For Livingston, the honor is confirmation that his North County-based family foundation, which provides college scholarships to foster young people, made the right decision several years ago to partner with Just in Time.

“It became a lot of work,” Livingston said. “What we’ve recognized is that you just can’t give a child a scholarship when they often need more extensive services. …

“Just in Time has really grown and with all of the programs it really serves the community and builds community for these young people – not only with services, but by connecting them to the community with mentors, role models and coaches.”

For more information on Just In Time, visit jitfosteryouth.org.