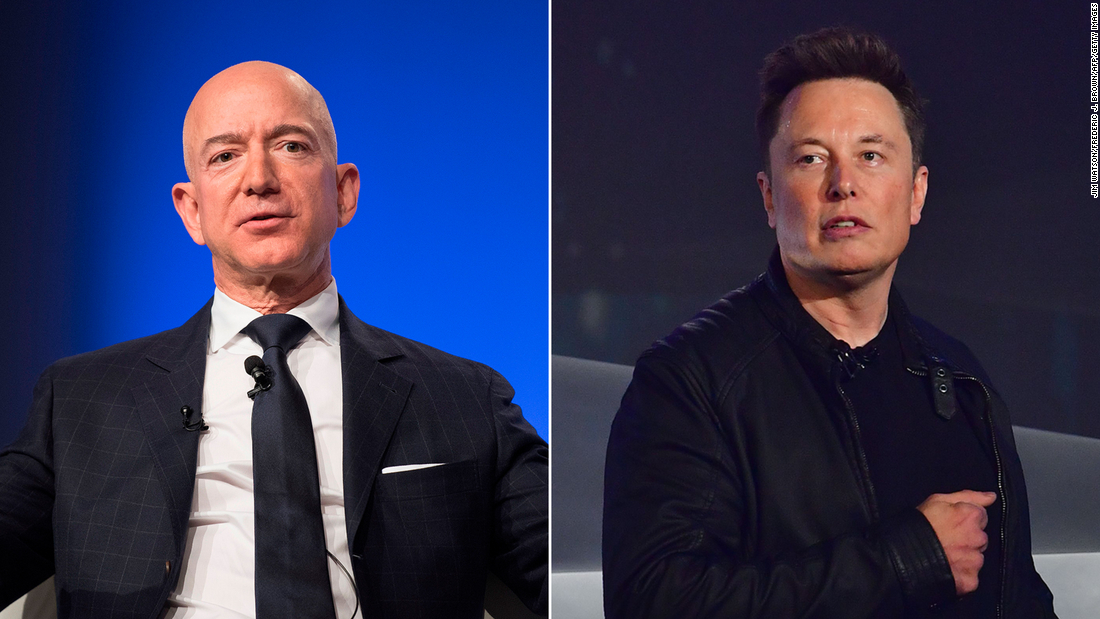 Judge rules against Blue Origin in stalemate with SpaceX and NASA

By Jeremy Baker Last updated Nov 4, 2021
0
Share
Jeff Bezos and Elon Musk, the two richest people on this planet, each want their own businesses to be at the center of NASA’s plans to send astronauts back to the moon. But NASA only has enough money for one of them, and it’s gone with Musk’s SpaceX. Blue Origin has fought this move ever since, saying NASA unfairly favors SpaceX and argued that the space agency would be better served by funding both SpaceX and Blue Origin plans to develop vehicles capable of landing on the moon.

But so far, all of Blue Origin’s efforts to reverse NASA’s decision have fallen flat.

The legal dispute had put on hold NASA and SpaceX’s work on the contract for the Human Landing System (HLS), as the program is called, on hold. This work will now resume “as soon as possible,” said the space agency in a statement.

Details of the lawsuit, which was filed in federal claims court in August, have been scarce as the companies have asked the judge to keep much of the proceedings a secret. A brief filed Thursday said lawyers will meet on November 18 to reach agreement on the release of a redacted version of the judge’s opinion.

In a statement, a spokesperson for Blue Origin said his lawsuit “highlighted significant safety issues related to the human landing system procurement process that have yet to be addressed,” although the company has also stated that she still strongly supports NASA’s plans to return to the moon.

“The safe return of astronauts to the moon through NASA’s public-private partnership model requires an unbiased procurement process as well as a strong policy that incorporates redundant systems and promotes competition,” the statement said. . “We look forward to hearing from NASA on the next steps in the HLS Human Landing System process.”

Bezos also weighed in with a tweet, saying it is “not the decision that we wanted, but we respect the judgment of the court and wish NASA and SpaceX every success on the contract”.

The companies have given NASA two very different proposals for getting boots on the moon. SpaceX plans to use the Starship, a gargantuan rocket and spaceship system in development that Musk hopes will one day colonize Mars. And Blue Origin gave a simpler plan to develop a lunar lander much like those used for NASA’s Apollo missions in the mid-20th century, which remain the only missions to ever send humans to the moon.
Although Blue Origin initially received development money from NASA, the current drama was sparked when Congress allocated NASA about $ 2 billion less for HLS. than the $ 3.4 billion he asked for. In April, the space agency chose to bring in a single contractor, SpaceX, for HLS.

SpaceX’s offer was by far the cheapest at $ 3 billion. Blue Origin’s bid was worth $ 6 billion.

NASA has repeatedly stated that cost was a major motivator in its decision to choose SpaceX as the sole winner of the HLS program.

Blue Origin initially tried to challenge the ruling with the Government Accountability Office, but was shot in July.
This happened despite an attempt by Bezos to intervene personally by sending an open letter to NASA Administrator Bill Nelson in which he pledged to forgo $ 2 billion in development costs if it allowed. to put Blue Origin’s hat back in the ring.

“Without competition, soon after the contract begins, NASA will be left with limited options as it attempts to negotiate missed deadlines, design changes and cost overruns,” the letter reads. by Bezos. “Without competition, NASA’s short and long-term lunar ambitions will be delayed, ultimately cost more, and will not serve the national interest.”

But Nelson apparently didn’t influence, and then Blue Origin escalated the standoff again by filing a lawsuit in federal claims court about two months ago.
Meanwhile, the public relations offensives began. Blue Origin posted an infographic on social media that attempted to portray SpaceX’s plans – which involve the use of multiple launches to orbit Starship vehicles and full tankers – as strange, straying too far from the sky. proven technology. “Immensely complex and high risk,” shouted the headline of the infographic.
Musk personally hit back Twitter, posting that if “lobbying and lawyers could put you in orbit, Bezos would be on Pluto [right now.]”
SpaceX did not return a request for comment, but Musk job a meme on Twitter with Sylvester Stallone’s “Judge Dredd” character from the 1995 action movie Judge Dredd, stating “you have been tried”.
More recently, the US Senate has indicated that it wants NASA to extend the HLS program to two contractors.

NASA did not immediately respond to a request for comment on the matter. But in its statement on Thursday, the space agency said it was sticking to its intention to work only with SpaceX for now, although Blue Origin may have a chance to compete for future contracts to build a lander. lunar fit for an astronaut.

“There will be opportunities ahead for companies to partner with NASA to establish a long-term human presence on the Moon,” the statement said, “including a 2022 call to US industry for services. recurring crewed lunar landing “.