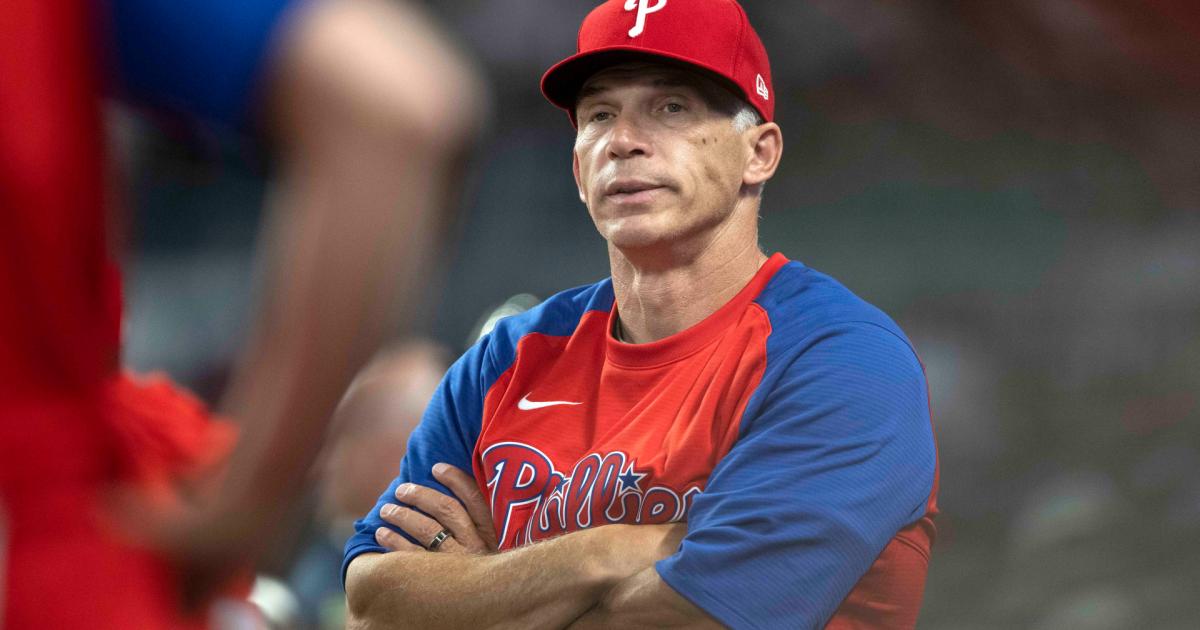 Is Joe Girardi in the hot seat? Phillies manager comments on job security after Mets sweep

Joe Girardi’s seat might get a little warm, just in time for summer.

The Phillies stumbled to another loss on Sunday, being knocked out 5-4 to complete a sweep by the Mets and falling behind their NL East rivals: the deficit to close is now 10½ games, and the season begins slowly to unravel.

Girardi was asked about his job security on Sunday, and his response was both tense and carefree:

“I don’t worry about my job. I have to do my job. It’s the business of being a manager. I don’t care.” pic.twitter.com/dfxpCoA31N

Jon Heyman of the New York Post reports, citing sources, that Girardi’s behavior may be “too uptight” for Philadelphia’s star players.

Philadelphia (21-27) has underperformed expectations so far this season. After spending a lot of money to bring in Kyle Schwarber and Nicholas Castellanos, the team’s bullpen was unable to lock in late leads. The Phillies have now suffered three losses in the past two weeks.

Girardi’s record with the Phillies is 131-136 and hasn’t won a division crown in his previous two seasons at the helm.

The Phillies signed Girardi in 2020 after spending two years away from the field. He last helped guide the “Baby Bomber” Yankees to an ALCS appearance in 2017, losing to the Astros in seven games.

The managers manage and the players play, but Girardi might not be able to avoid the ax if the Phillies continue to drop in the standings.