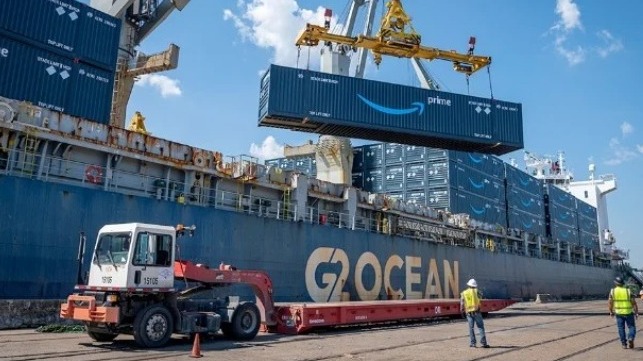 How retailers are rethinking supply chains to avoid disruption

A century ago, at the end of World War I, a devastating pandemic swept the world. However, this has had relatively little impact on shipping and trade – unlike the profound supply chain disruption caused by the COVID-19 pandemic.

Why did the post-war period not suffer from chronic freight arrears? It was a different time, with lower trading volumes, but the big difference between yesterday and today is the rise of Just-in-Time (JIT) logistics. In 1918, no one expected their delivery just in time. Wholesalers, manufacturers and retailers have maintained a sufficient buffer for global supply chains.

The backlog of cargo at the twin ports of Los Angeles and Long Beach is a testament to the fragility of today’s global JIT supply chain. It also highlights the challenges for local actors to work together and resolve supply chain bottlenecks. Ryan Petersen, CEO of freight forwarder Flexport, recently deconstructed the LA / Long Beach port congestion after a tour of the terminals.

“If the bottleneck appears somewhere that you didn’t choose, you don’t perform an operation. He directs you. You should always choose the most capital-intensive part of the line as the bottleneck. In a port, these are the quay cranes. Cranes should never be unable to operate as they are waiting for another part of the operation to catch up. The bottleneck right now is not the cranes. It is the sorting space of container terminals. And it is the empty chassis that empties these containers. In operations, when a bottleneck appears somewhere that you didn’t design it to appear, you have to overcome the bottleneck, ”Petersen wrote.

Petersen went on to recommend that it was largely up to government leaders – federal and state – to resolve the LA / Long Beach port congestion. The city of Long Beach, Calif., Has already relaxed zoning rules allowing stacks of up to four containers to ease the storage crisis. Other solutions offered by Petersen include bringing all National Guard and Army container chassis across the United States to ports and loaning them to terminals for 180 days.

However, due to the vastness of supply chains, local interventions may not make a big difference, thus requiring a more holistic intervention.

In this era of outsourcing, it takes multiple factories based on different continents to create a final product. Essentially, the need to find the cheapest way to manufacture and deliver goods motivated the decision to organize economic activity in this way. It is the opposite of vertical integration, where a company controls and owns virtually every part of the production process. The Ford Motor Company is one example: by the 1920s it owned forests, mines, rubber plantations, steel rolling mills, and transport infrastructure such as railways to transport its products. In this model, a manufacturer could manage distribution risks by directly controlling supply chains.

Vertical integration reportedly fell into disuse in the 1980s, as it became evident that sourcing parts in-house was even more expensive than buying from suppliers. Outsourcing has become a fad, and many companies have switched to an “asset light” business model by outsourcing major work.

However, this business model would also create new risks that many international retailers did not fully understand. The fact that a chipmaker in South Korea could affect laptop and vehicle manufacturing around the world is testament to these new risks.

How can retailers create flexible supply chains to avoid the risks of disruption?

Amazon has addressed this issue by reorganizing its shipping and warehouse networks so that in the event of a disruption on the West Coast of the United States, it can easily reroute its imports from China via the East Coast.

Walmart, for example, built an import distribution center near Houston, designed to face both west and south. It can receive goods from China either via rails from California ports or via containers on board ships passing through the Panama Canal and disembarking at the Port of Houston.

Crocs Company also appears to have taken a similar approach. Despite grunts from the global supply chain, Crocs outperformed its third quarter earnings and sales, beating Wall Street estimates. As a result, he raised his earnings outlook for the full year, news that pushed the company’s shares up 7% last week.

In a call for results last week, Crocs CEO Andrew Rees explained that success is in part the result of the company’s ability to minimize supply chain obstacles. “Our shoes are really easy to make, so changing factories can be really, really quick. The classic clog has three components, two of which are made on site, so you don’t have a lot of external logistics to get started. We think we’re good at making it fast, ”Rees explained.

The company said it is strengthening its presence along the U.S. east coast to avoid massive freight congestion on the west coast.

The opinions expressed here are those of the author and not necessarily those of The Maritime Executive.