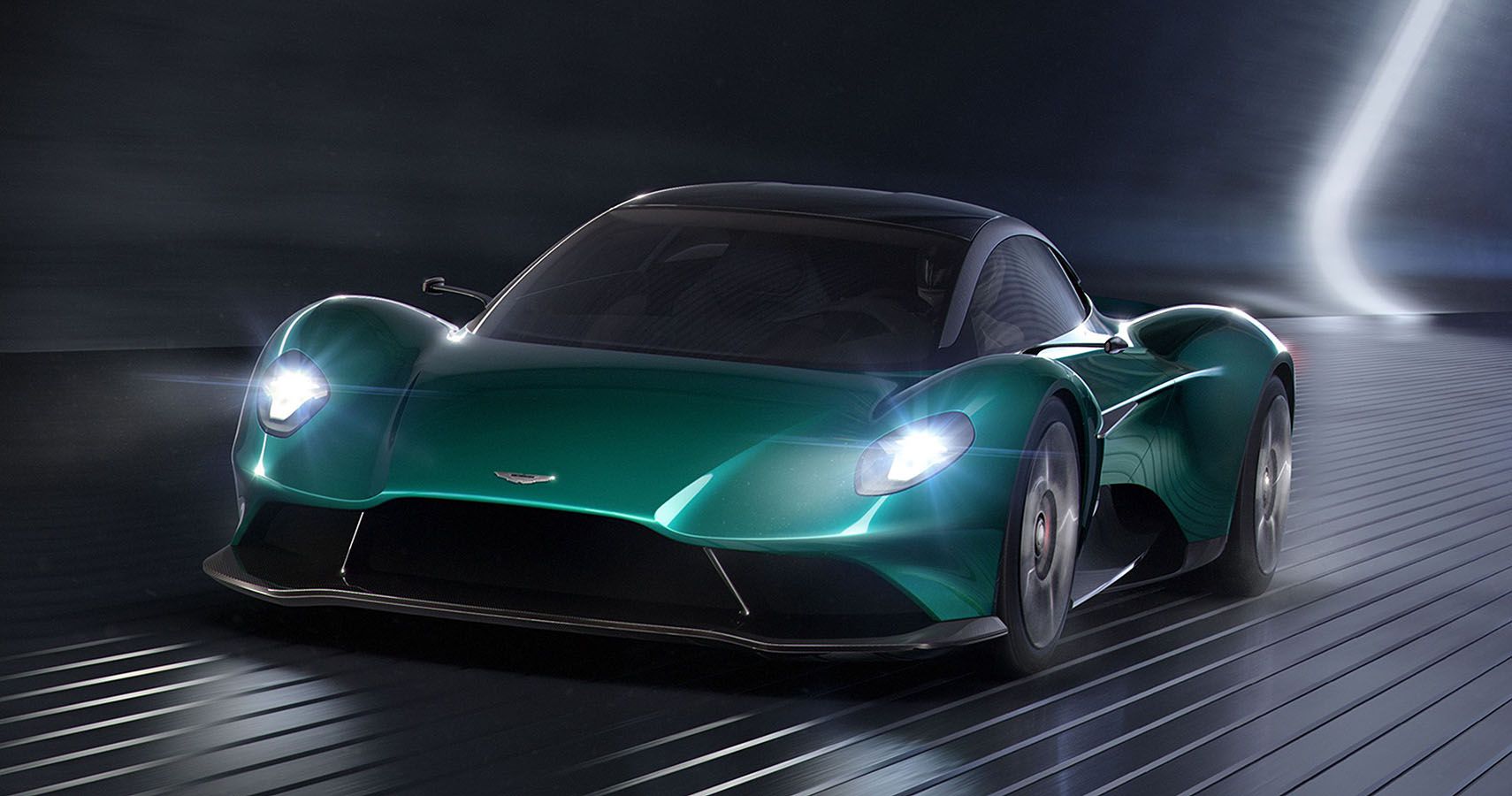 Naturally, it’s the 2024 Aston Martin Vanquish, a car that seems designed for super spies and super villains. Not for nothing, Pierce Brosnan alias James Bond drove an Aston Martin V12 Vanquish in “Die Another Day”.

Since 2019, when the British luxury carmaker showed off the Vanquish prototype alongside the Valhalla and Valkyrie at the Geneva Motor Show, Aston Martin enthusiasts were waiting for the official release of the car. Luckily, the wait is almost over, and there are several things that excite us about the next Vanquish.

Related: Here’s why we can’t wait for the Noble M500

The 2024 Aston Martin Vanquish has an incredibly alluring exterior

When you buy an Aston Martin, a Maserati or a Ferrari, you know that all the onlookers will be staring at you. But that’s probably one of the main reasons most wealthy people get these amazingly beautiful cars in the first place. The British automaker understands this all too well, and they always build and design the most spectacular vehicles.

Obviously, the 2024 Aston Martin Vanquish is no exception to the rule. The raised headlights, the aerodynamic round tail and the jumbo tires, everything about this vehicle is quite attractive, and no one can ignore it due to its sensational character.

Since 2019, when Aston Martin presented the 2024 Vanquish prototype at the Geneva Motor Show, the world has changed a lot. We’ve weathered a global pandemic, learned the joys of working remotely, and taken a crash course in deadly viruses. But in the meantime, new technologies have been developed and the automotive industry has had to find new ways to overcome the shortage of chips. On the positive side, market leaders like Aston Martin have continued to hatch experimental concepts and push the boundaries of the automotive industry.

A cool development that came from this period is that the 2024 Vanquish will not be powered by a stock AMG engine and Aston Martin will be developing its own powertrain. Additionally, the mid-engine will be placed behind the driver, so the position of the powertrain is also changed for the upcoming Vanquish. Meanwhile, the 3.0-liter V6 hybrid powertrain should generate around 700 horsepower.

Interior styling, cabin design and specs are still low-key, but we already know the mid-engine driving position will make it more spacious and comfortable for both occupants. Additionally, the removal of the mini rear bench seat that was present on the precursors will make the 2024 Vanquish look and feel spacious.

Nobody can argue that Aston Martin doesn’t have the most luxurious interiors on the market, so fans of the brand can rest assured that even this hypercar won’t disappoint, as it will probably see the most insanely built cabin with options. cool technologies and the best finishes in the industry. Additionally, Aston Martin will allow buyers to customize many interior features, so drivers can make it even more plush and comfortable.

Plus, the 2024 Aston Martin Vanquish is quite “affordable” for a supercar

The word “affordable” is not something we associate with hypercars. Let’s face it, most of them cost as much as high-end lofts in the world’s most acclaimed cities. And yet, the Vanquish 2024 can be considered “affordable”, if we compare it to other hypercars. Although official pricing has yet to be released, most industry experts agree that the new Aston Martin will have an MSRP of around $300,000.

It should be noted that the 2024 Vanquish will not be designed in conjunction with RedBull Racing Formula One Team, being manufactured exclusively by the British automaker. In addition, the new hypercar will not have a carbon fiber bathtub, but a bonded aluminum spatial structure. And more importantly, it’s not a limited production vehicle, and the 2024 Aston Martin Vanquish will be a production supercar. Also, the engine is not as powerful as the one used for the more famous and incredibly expensive Valkyrie and Valhalla. All these developments explain why it is a hypercar rather intended for the NOTopen-rich than the Jeff Bezos and Mark Zuckerbergs of the world.