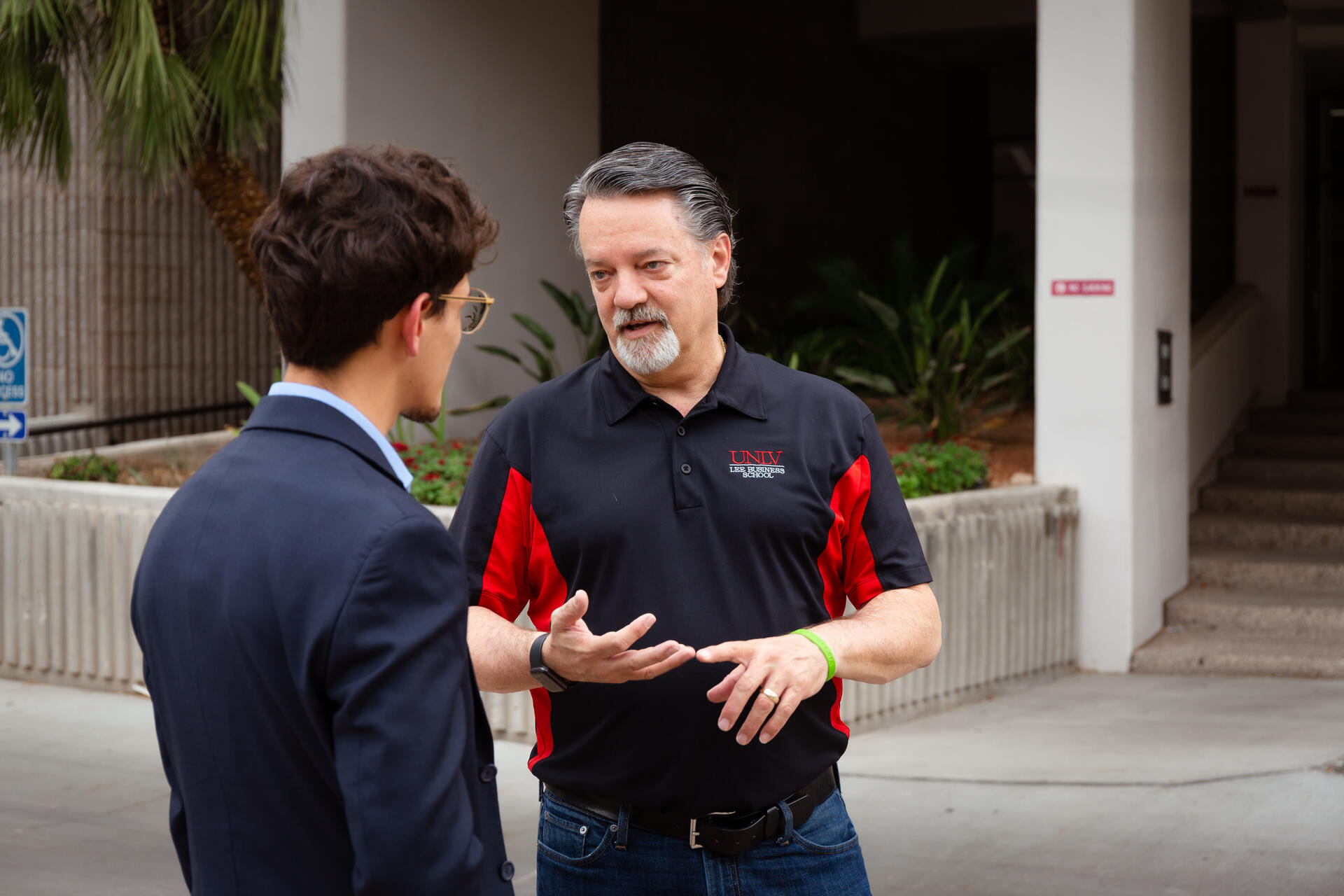 As longtime president of the American Nevada Company, Phil Ralston’s figurative fingerprints can be found all over the Las Vegas Valley. He has been involved in the planning, development and management of 11,600 acres of planned residential community projects and 2.7 million square feet of commercial properties from Henderson to North Las Vegas.

Along the way, Ralston has helped negotiate over $1 billion in funding for these and other projects in his roles with American Nevada, which is owned by the Greenspun, Fine and Gale families.

Let’s start with his alma mater: For more than two decades, Ralston served on the Lee Business School’s Executive Advisory Board, including two years as president. During his tenure on the board, Ralston played a critical role in raising the profile of the UNLV business school, including helping to develop a transformative five-year strategic plan.

Additionally, Ralston has remained firmly committed to student success. For example, he helped found the Southern Nevada chapter of Financial Executives International, an organization that brings together financial executives from every major industry. Ralston continues to serve on the Local’s Board of Directors, helping secure scholarships for deserving Lee Business School students, as well as matching students with mentors and connecting highly valued grads. successful with employers.

Then there’s perhaps Ralston’s greatest philanthropic passion: Since 2008, he’s personally raised more than $400,000 for the St. Baldrick Foundation, which supports childhood cancer research. Originally inspired by the daughter of a friend with cancer, Ralston joins other St. Baldrick volunteers who shave their heads as part of an annual fundraiser. In addition to Ralston’s personal fundraising, his team – Bald by Design – has collectively raised over $1 million for St. Baldrick’s.

Indeed, Ralston has done much to uplift his community both personally and professionally. However, its most lasting impact may well be that of being a role model, that is, of challenging today’s students and young professionals to have a similar influence both behind and beyond the office.

“As students go to college, enter the workforce and start families, it’s sometimes hard to feel like there’s time to take on other pursuits,” says Ralston, who also sits on the St. Baldrick’s national board since 2019. “But I sincerely believe in the idea that service is a good and necessary thing.

“I have been fortunate to meet leaders who have encouraged such activities in my career. So I encourage students today to try to find ways to give back to their community, while working hard for their jobs and families.

While working during my college years, I met a CFO of a local hotel/casino. His influence led me to become a CPA. This led to exposure to clients in many businesses which led to my introduction to the Greenspun family and the opportunities in their businesses.

What led you to participate in UNLV, and when did you know that you had made the right choice by becoming Rebel?

It was not a life-changing decision like some children. I grew up in Las Vegas as part of an economically disadvantaged family, so UNLV was my only real option. I was able to get a small scholarship from a local bank, which covered most of my academic expenses for almost my entire four years.

Even though I didn’t really have a choice, my decision to attend UNLV was nevertheless confirmed towards the end of my second year. It was then that I met an accounting professor, Duane Baldwin. He became a big inspiration while I was working in the accounting program.

What inspires your continued relationship with Lee Business School?

I have always been motivated by the continuous growth of the school and its adaptation to the needs of students and faculty. In particular, the accounting program has always made me proud, as a regular starting point for students, as they were able to obtain internships in the best national and regional companies.

How have your experiences as a rebel – both outside of the classroom – helped you “shake things up” in your career?

During my time at UNLV, I maintained a strong work ethic, both on campus and in my full-time job. This mentality helped me grow early in my career and provided me with a solid platform when I started working for a growing family business.

I remember the first time I shaved my head for St. Baldrick’s to raise money for childhood cancer research. I had never been bald in my adult life – so I would say that was pretty brave. But it was a fantastic experience!

Since then, our team has raised over a million dollars, all from men and women shaving their heads and cutting their ponytails to support a wonderful cause.