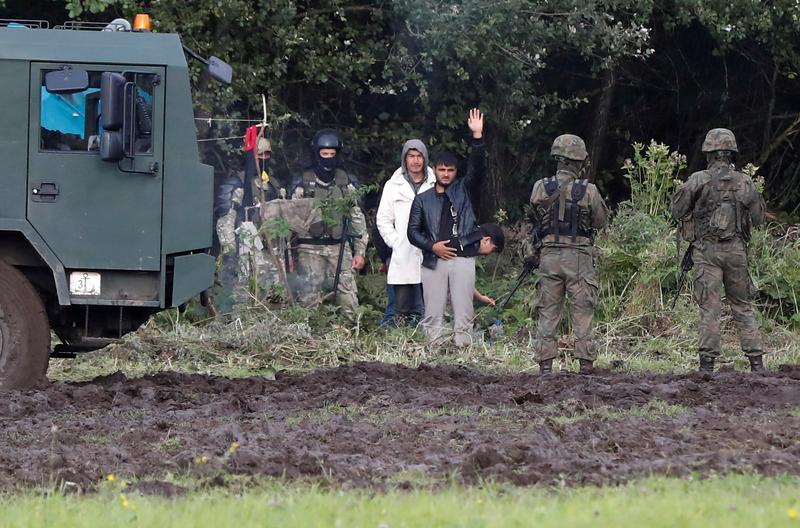 EU to toughen visa rules for Belarusian officials regarding migrants

The EU accuses President Alexander Lukashenko of orchestrating a sharp increase in the arrivals of migrants across the Belarusian border with Poland, Lithuania and Latvia, members of the bloc. The increase came after the union of 27 countries imposed sanctions on Minsk for human rights violations and an election widely seen as rigged.

“We have an aggressive regime, Lukashenko, which is in fact pushing migrants (…) towards the European border to destabilize the European Union,” the bloc’s commissioner for internal affairs, Ylva Johansson, told reporters. “It’s an act of aggression.”

Johansson made the comments as part of an update on stalled efforts to agree on a new EU migration system to replace one that failed amid a spike in Mediterranean immigration in 2015-16.

Stressing that data from the European law enforcement agency Europol shows that 90% of those arriving irregularly in the bloc have used smugglers en route, she suggested EU states step up their fight against these traffickers.

For Belarus, she said there was a need to tighten visa procedures for state officials – but not for ordinary Belarusians.

“This is a regime that hijacked a passenger flight … and now … is using innocent people in an act of aggression.” It is not a regime that we should cooperate with.

Lukashenko blamed the West here for what he called a looming humanitarian catastrophe this winter on the Belarusian-Polish border.

The EU and Belarus adopted a new visa facilitation agreement in July last year to ease procedures and reduce costs for Belarusians wishing to briefly visit the bloc.

But Minsk has since withdrawn from its EU-linked readmission agreement, which establishes cooperation to return those who remain in the bloc without the formal right to do so.

It came as the EU sanctioned Belarus for contested elections last August and a crackdown on protests after Lukashenko claimed victory and extended his rule for 26 years.

The bloc then stepped up sanctions, introducing broader economic restrictions in Minsk after Belarus forced a Ryanair flight to land on its soil last May to arrest a dissident on board.

Migrants from Iraq, Kurdistan, Congo and Cameroon then began to appear at the Belarusian border with Lithuania, which had not experienced such immigration in the past, then at its borders with Latvia and Poland. .

Five people are believed to have died in the Polish-Belarusian border area. Johansson asked Warsaw to investigate.

The ruling nationalist and anti-immigration Law and Justice (PiS) party in Poland has established an emergency zone along the border with Belarus, which means that no journalist or human rights activist is is allowed to witness developments there.

“It is totally unacceptable that people are dying on our borders,” Johansson said, adding that she was traveling to Warsaw on Thursday to meet the Polish interior minister.