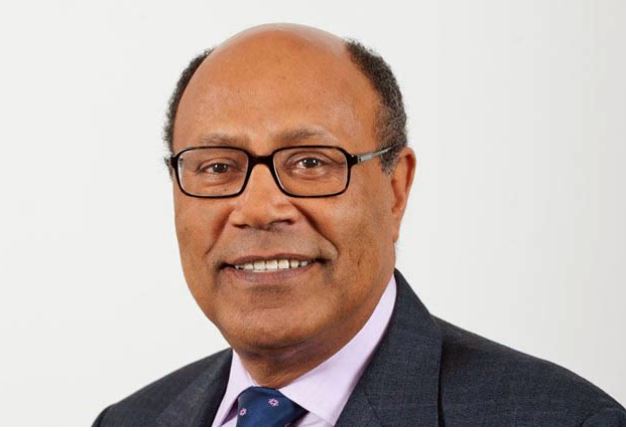 Efficiency-oriented business leaders on the Tanesco Board of Directors

Dar es Salaam. The new board of directors of Tanzania Electric Supply Company Limited (Tanesco) is likely to change the attitude of the power company which is currently struggling with its business.

Board members and senior management include members of the profit-hungry private sector and public servants who previously worked with the President’s Delivery Bureau which implemented the disbanded Big Results Now initiative, which was formed to ensure rapid and effective results in priority sectors.

Here is a brief profile of some of the board members:

Mr. Omari Issa has extensive business experience in both the public and private sectors, having worked in Africa, Asia, Europe and Latin America.

He was the first Managing Director of the President’s Delivery Bureau (PDB) which was established to oversee the implementation of Tanzania’s public delivery transformation program called Big Results Now (BRN) from 2013 to 2016.

Previously, he was CEO of the Africa Investment Climate Facility (ICF), responsible for managing a seven-year program to improve the investment climate in Africa and remove barriers to investment. growth.

He also chaired the Africa International Health Council of the African Foundation for Medicine and Research (Amref), member of the International Advisory Board of the China Investment Corporation as well as the Rwanda Development Board (RDB).

Previously, he was a member of the board of directors of Geita Gold Mining (GGM) Company in Tanzania as well as an independent non-executive director of Millicom International Cellular SA.

In his interview with the Uongozi Institute in 2013, Mr. Issa was quoted praising the high levels of commitment of Tanesco in the 1970s.

He remembered a burning house near his home that was caught around midnight and Tanesco officials managed to get there in 30 minutes and restored power at 1:30 a.m.

â€œSo it’s doable in Tanzania. I think the question we have to ask ourselves is what happened. We have lost this discipline and this responsibility, â€he said.

According to him, Tanzanians have changed and the discipline to implement projects has disappeared, noting that the most important thing is that the citizens lack the skills required for the implementation of projects.

He described the four tenets of beliefs as punctuality, not speaking, doing and no exceptions.

Yesterday’s appointment, Mr. Chande was the Regional Director of Multi Choice Africa in charge of East, Central and West Africa since 2018.

He joined MultiChoice Tanzania in June 2016 as Managing Director and has been successful in driving the growth of the company.

Prior to joining MultiChoice Tanzania in 2016, Mr. Chande worked as General Manager of IT and Data of Vodacom Tanzania Limited from 2004 to 2010.

Previously, he also worked at the National Bank of Commerce (NBC) as COO from 2010 to 2014 before moving to PDB as Director of Business Services.

Mr. Mchechu is the former Managing Director of the National Housing Corporation (NHC) who joined him from 2010 until June 2018, when his appointment was revoked.

Previously, Mr. Mchechu worked as Managing Director of Commercial Bank of Africa Tanzania (currently NCBA) between 2006 and 2010 and was recognized as the youngest CEO of the banking sector in East Africa.

Within a year, he managed to turn CBA from loss to profit.

He is currently president of Rightway Schools, director and founding member of CEO Roundtable.

Mr. Mchechu (48) holds a Bachelor of Commerce degree from the University of Dar es Salaam.

He was placed on special leave from December 16, 2017 before his term was terminated, just two days after being praised by former president John Magufuli for transforming NHC, but criticizing him for financial irregularities in the company .

Mr. Lawrence Nyasebwa Mafuru is a seasoned banker who began his career at Standard Chartered Bank in 1998.

Mr. Mafuru is currently the Founder and Managing Partner of Bankable Tanzania – a company that partners with its clients to help them source, innovate and run banking products and services more efficiently.

He was CEO of the National Bank of Commerce (NBC) and President of the Tanzanian Bankers Association (TBA) between 2010 and 2012.

Mr. Mafuru was Registrar of the Treasury at the Ministry of Finance from January 2015 to December 2016 and has been a member of the Board of Directors of the Benjamin Mkapa Foundation since September 2019.

His post of Registrar of the Treasury was replaced on 07 December 2021, replaced by Dr Oswald Mashindano, as part of a far-reaching reshuffle involving key positions in government.

Mr. Mafuru was also Director of the Resource Mobilization and Economic Sectors Division at the President’s Office – President’s Delivery Office (PDB) from January 2014 to January 2015.

Mr. Mafuru holds an MBA from the University of Dar es Salaam.

Ms. Nanyaro has over 25 years of experience in accounting, auditing and finance as well as a little in the business side.

Later, she worked with the Export Processing Zone Authority (EPZA) for 8 years as director in charge of development, investment promotion and investment facilitation.

She holds a degree in accounting as well as an MBA.

Abubakar Bakhresa is the son of Said Salim Bakhresa, a Tanzanian business tycoon who is the founder and chairman of the Bakhresa Group of Companies whose net worth was around $ 800 million in 2021.

He holds a Bachelor of Science in Business Management-Finance from George Town, Washington DC USA.

Ms. Mwanaidi Majaar worked as a senior lawyer at the Bank of Tanzania (BoT) between 1978 and 1983), then as business manager with the first PricewaterhouseCoopers – the Coopers & Lybrand from 1983 to 1991).

She worked as a lawyer for the High Court demanding special acts on mining cooperatives, associated with Rex Attorneys which was created in early 2006 following the merger of the companies MRN & M and Epitome.

She was a founding member of the Tanzania Women Lawyers Association (Tawla) in 1990 and was its president between 2001 and 2003.

Ms. Maajar is a professional in cooperative, banking and financial law, natural resources and energy.

She obtained her law degree in 1977 and a master’s degree in the same profession from UDSM in 1982.

Other board members appointed from the private sector include Abdallah Hashim, Cosmas Massawe and Christopher Gachuma.