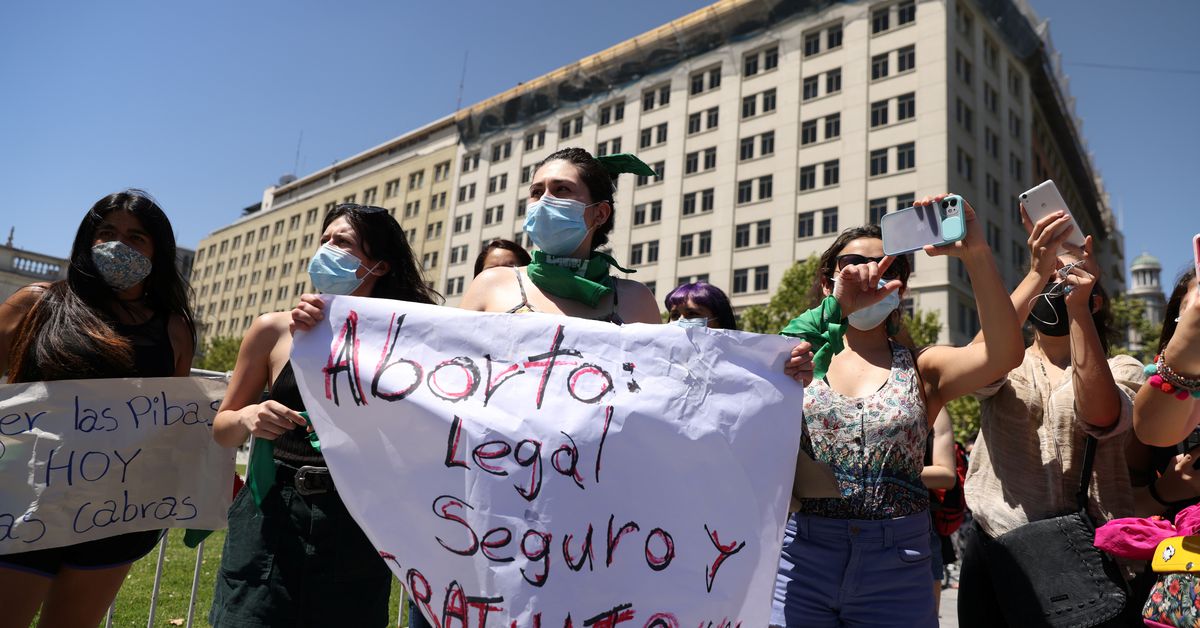 Pro-choice activists hold a banner that reads “Legal, Safe and Free Abortion!” During a rally outside the seat of government as the Chamber of Deputies discusses a bill that decriminalizes abortion up to the 14th week of gestation, in Santiago, Chile, on January 13, 2021. REUTERS / Ivan Alvarado

SANTIAGO, Sept.28 (Reuters) – Chile’s lower house of deputies on Tuesday approved a draft debate on a bill that would expand women’s legal access to abortion, despite opposition from the center-right government from the country of South America.

The lower house adopted the motion with 75 votes in favor against 68 against and two abstentions, which allows it to advance in the examination of the bill which proposed to legalize the termination of pregnancy up to 14 weeks.

The bill still faces a long process before it becomes law. Chile legalized abortion in 2017 for women in conditions where their life was in danger, a fetus was not viable, or when a pregnancy was the result of rape.

“We are happy and excited because we have taken a huge step, which we did not expect, to be honest, in terms of women’s rights,” said lawmaker Maite Orsini, one of the promoters of the bill. .

“This is a first step and we will not stop fighting until abortion is legal, free and safe for all women in Chile.”

The bill will now have to be considered by the legislative body’s Commission for Women and Gender Equality, and then be voted on again in the Chamber of Deputies, before passing to the Senate.

A number of conservative Latin American countries have taken steps to decriminalize abortion, including Argentina last year and Mexico, where the Supreme Court unanimously ruled this month that criminalizing abortion abortion is unconstitutional.

HomeGoods just launched an online store ahead of the holidays