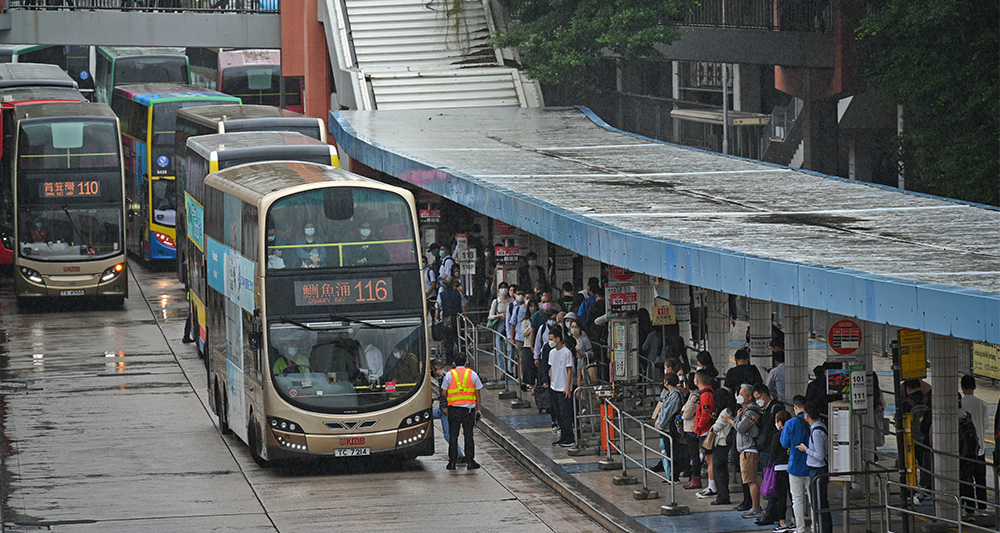 Franchised buses crossing the port have lost 20,000 passengers a day, equivalent to 10% of its overall daily ridership on bus routes crossing the port since the opening of the MTR extension, said the Secretary for Transport and to Housing, Frank Chan Fan.

The news came as more commuters switched modes of transport following the launch of the new cross-port section of the East Rail line.

However, the transport chief said that other modes of additional public transport, including taxis, minibuses, ferries and non-franchised buses, are not significantly affected by the commissioning of the new cross-port extension being given that their roles and positioning are different from those of rail services. .

Chan noted that before the commissioning of the new rail link, the Ministry of Transport hired a consultant to assess the impact on other public road transport services when it is put into operation and made various proposals for adjustment. services for franchised buses.

“[The measures include] introducing route no. 1M to improve link services between the new station and adjacent areas, as well as adjust bus routes that overlap with the new rail service,” he said.

Millions in perks overpaying £250 a year on broadband – are you eligible for little-known cheap deals?