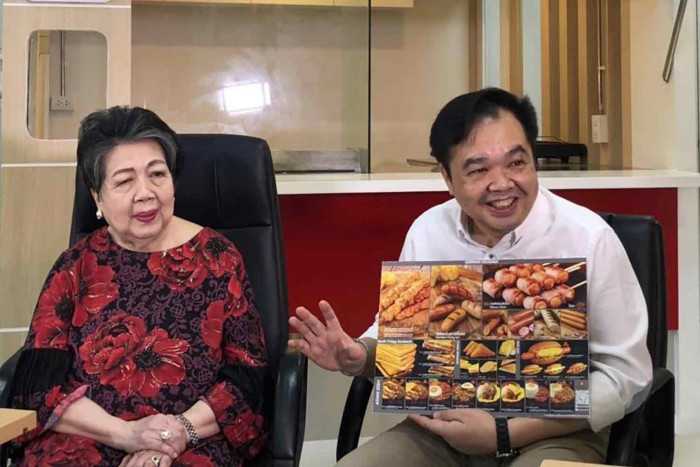 Burger chain seeks to revitalize itself through franchises

From left to right, Ms. Chamchan and Mr. Supak. Steak Group, the owner of EZ’S sausage and operator of the Siam Steak burger chain, has announced the expansion of its business through the franchise model for business turnaround.

Siam Steak Group, the owner of EZ’S Sausage and the operator of the Siam Steak burger chain, has grown through the franchise model to turn around a company coughing up the pandemic.

Managing Director Supak Muennikorn said the company wanted to focus on expansion through the franchise model and online channels to reduce risk.

He said 90% of the company’s business now relies on schools and universities, which have switched to distance learning and online courses.

According to Mr. Supak, after the outbreak of the Covid-19 pandemic, the company repositioned its business, opening Siam Steak outlets through the franchise model last year to test the market response.

â€œWe are going to freeze our own investment and put more emphasis on the franchise model,â€ he said.

There are four Siam Steak franchise stores in Bangkok, Pathum Thani and Nonthaburi.

Siam Steak offers five models to its franchisees ranging from a 7.5 square meter kiosk to a 60-80 mÂ² store.

It has introduced hamburger products to the Thai market and sells bread and sausages wholesale to five-star hotels.

Mr Supak said the company has a waiting list of 100 applicants for a franchise. The company will expand its franchise business outside of Thailand to Cambodia, Laos, Vietnam and Myanmar, he said.

Mr Supak said he expects expansion of restaurant chains through the franchise model to become more active in the second or third quarter of next year.

More restaurant chains are expected to exploit the opportunities of the franchise model, while those left unemployed due to the pandemic will also want to be entrepreneurs and apply for food franchises.

â€œThe popularity of the franchise business, with a fee of 100,000 baht, is expected to increase continuously, especially in the second or third quarter of next year,â€ he said.