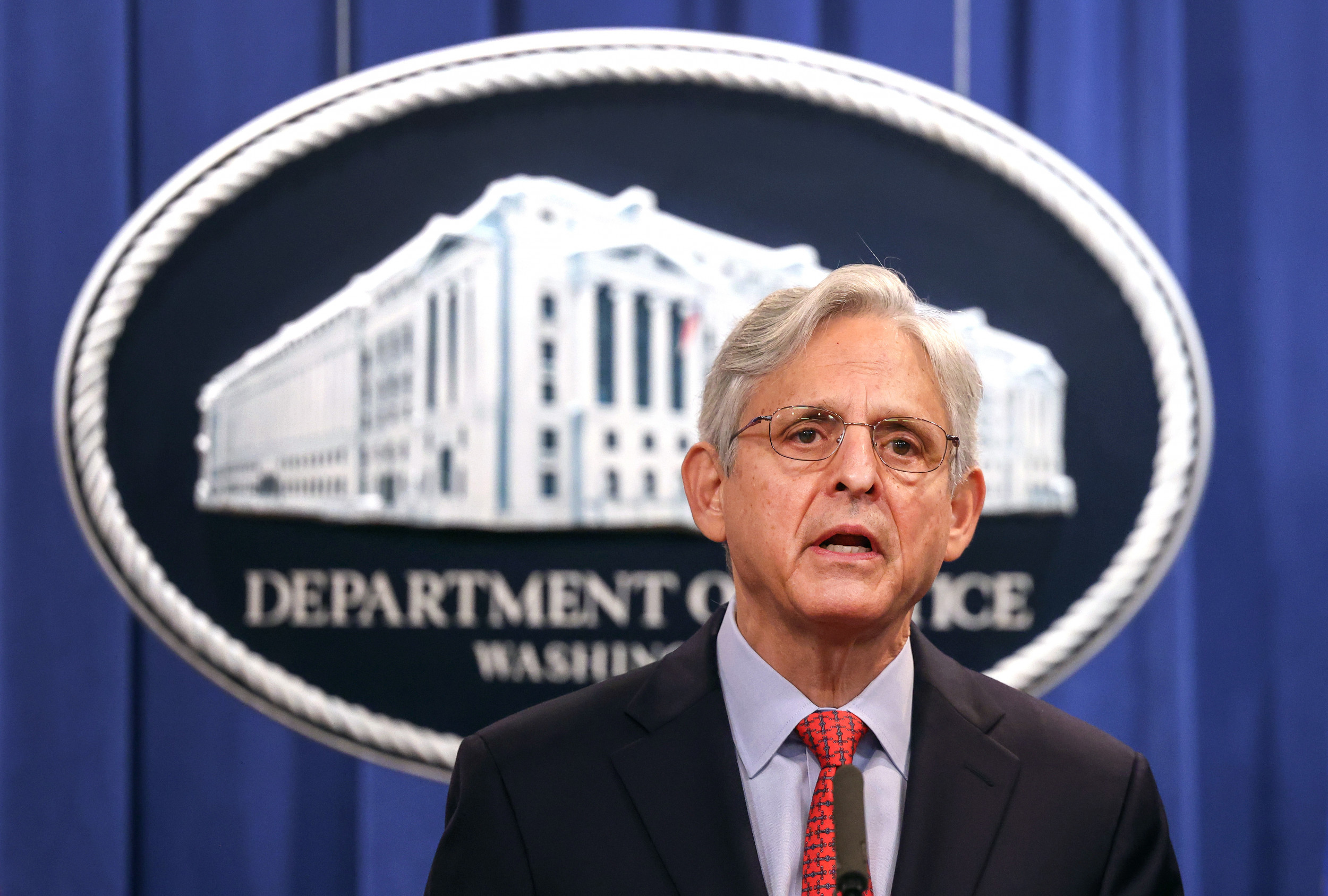 Threatening the Federal Bureau of Investigations with sic on parents who dare to oppose questionable mask mandates, or reject indoctrination of their children into Critical Race Theory (CRT) – racial Marxism – in schools that we pay, is the logical act of a regime decision that has given up the slightest pretext of representative government.

To legitimize the National School Board Association’s (NSBA) call to prosecute these parents as national terrorists betrays the rogue, totalitarian core of the ruling regime.

Totalitarian regimes label dissent as domestic extremism and, under the guise of public health and / or public safety, hunt down dissidents with the full force of the national security apparatus.

This is how it works in Communist China. The “People’s Liberation Army” is the Chinese Communist Party’s army, not the people’s army.

This is increasingly the way it works in America under President Joe Biden, an avatar of the ruling class. The Biden administration has turned the national security apparatus against citizens who question everything from draconian coronavirus policies to electoral integrity to CRT. There is more and more to protect the Biden administration, not our freedom and justice.

The ruling class resorted to force rather than persuasion because it suffered something in its collective consciousness approaching a near-death experience. Tens of millions of Americans have demonstrated that they reject ruling class orthodoxy and question its legitimacy by voting for Donald Trump twice.

Those mistaken thinkers who had the nerve to challenge the power, privileges and prestige of their superiors could no longer be humiliated or reasoned.

They had to be brought into line. The executive branch that once set its sights on Trump would now turn to those he represented.

For several years, the national security and law enforcement establishment had touted the idea that racial or ethnic motives – or “anti-government / anti-authority“-” domestic violent extremists “posed a serious threat to the homeland.

These terms were always nebulous and ill-defined. The size, scope and strength of the threat were rarely, if ever, detailed.

For a Progressive Democratic Party that views conservatives as violent fanatics, and for its national security apparatus that views violent fanatics as the greatest national terrorist threat, January 6 provided the imagery to justify the idea that it there was a hateful, cave-dwelling monster, MAGA personifying that menace, and that menace had to be killed.

The ideas of the deplorable were no longer just dangerous. The deplorables themselves were dangerous. The violent group of rapists on Capitol Hill, labeled as insurrectionists, seditionists and national terrorists – a small fraction of the generally peaceful thousands who had come to Washington to make their voices heard that day – would be treated as representing the 74 million nationwide Trump voters.

January 6 would be the founding event used to justify the Biden administration’s whole-of-society war on mistaken thinking through its national strategy against domestic terrorism.

As stated in a previous article in these pages, the strategy itself makes the applied CRT an integral part of this counterterrorism strategy. “[T]tackling the threat posed by domestic terrorism in the long term, “the National Strategy document read,” requires … priority efforts to ensure that every component of government has a role to play in eradicating racism and promoting equity. So that would include eradicating anti-CRT efforts from our schools, as a matter of national security.

Why would parents challenging the teaching of the regime’s privileged ideology in public schools expect to be spared this purge?

There is also the question of politics. The CRT generated a backlash, leading to anti-CRT legislation and a wake-up call for voters. This cannot be tolerated by the regime – one headed no less by an attorney general, to Merrick Garland, who appears to have a major conflict of interest. The letter from the NSBA provided the regime with a pretext to intimidate dissidents of its chosen agenda into silence and, ultimately, submission.

We know the threat of violence is exaggerated by the letter from the NSBA itself. The FBI does not list any examples of “harassment, intimidation and threats of violence” to which it responds, but as Max Eden of the American Enterprise Institute recounts in News week, the NSBA is reporting incidents including telephone hoaxes, meeting disruptions, and groups “spreading misinformation” regarding CRT and COVID-19 policies.

The NSBA cites both arrests to justify calling for help from the FBI, the Department of Homeland Security, and the Secret Service – to name a few agencies – to prosecute threats under the PATRIOT Act and a host of other laws: one in which an Illinois man allegedly engaged in disorderly behavior in a meeting and, as school officials attempted to escort him, hit an official; and another in which a man from Virginia physically threatened someone, then “continued to be messy with the deputy” and resisted arrest.

This Does domestic terrorism deserve to be prosecuted with the full force of the federal government – two arrests testifying to the kind of conduct one might encounter from overzealous parents at a Little League baseball game?

In this, there is a parallel to January 6, which was used to justify the comprehensive attack on dissidents in the ruling regime – under which this latest effort seems to fit.

January 6 was prosecuted as domestic terrorism on equally fragile grounds.

Authorities told us that the breach in the Capitol was a murderous, coordinated and armed “insurgency”.

That narrative collapsed and prosecutors scrambled to make their case, cases consisting largely of trumped-up trespassing charges. No one was murdered by a protester on January 6 – the only person killed in the offense was Ashli ​​Babbitt, a protester who was shot dead by a Capitol cop. There was no plan to storm Capitol Hill, the FBI suggested, following revelations from at least one of its informants. None of Capitol Riot’s defendants have been charged with carrying a firearm during the Capitol violation. Neither the charges of insurrection nor of sedition were brought against any of the defendants.

This justified one of the largest and most complex cases in the history of the Justice Department – and the pre-trial detention of largely non-criminals who were said to have been held in solitary confinement, and some allegedly ill-treated, on charges that had not yet been applied in cases like theirs?

In contrast, George Floyd’s rioters in the summer of 2020 inflicted death, damage and destruction massively eclipsing that inflicted on January 6.

Over the past two years, we have seen a historic increase in homicides, disproportionately occurring in progressive cities. Thousands of people have been killed, with the FBI remaining largely silent.

These are real dangers that our country has faced, resulting in tangible devastation, at the same time as authorities tout threats that have not materialized to such a degree, such as the alleged greater national terrorist threat of white supremacism.

The domestic terror on the streets of America has often been ignored and ignored by law enforcement pursuing people like QAnon Shaman, and now threatening to pursue your next door neighbor to the ends of the earth.

Violence of any kind cannot be tolerated in America. But neither is the selective application of justice for political reasons or, worse yet, its militarization against political opponents.

That the Biden administration engages in the latter once again proves the projection of our ruling class, which has cried authoritarianism for four years while acting in an ever more totalitarian manner by once again fully using the levers of power. .

Ben Weingarten is Principal Investigator at the London Center for Policy Research, Researcher at Claremont Institute and Principal Contributor to The Federalist. He is the author of Ungrateful American: Ilhan Omar and the progressive-Islamist takeover of the Democratic Party (Bombardier, 2020). Ben is the Founder and CEO of ChangeUp Media LLC, a media production and consulting company. Subscribe to his newsletter at bit.ly/bhwnews and follow him on Twitter: @bhweingarten.

The opinions expressed in this article are those of the author.