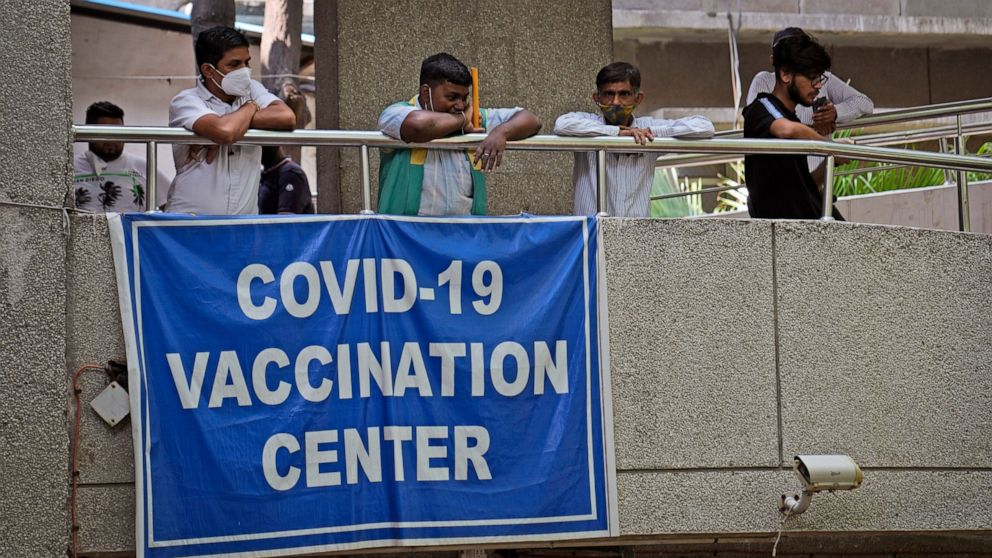 NAIROBI, Kenya – Travelers and authorities in India and some African countries are furious – and confused – over Britain’s new COVID-19 travel rules, calling them discriminatory.

The UK government announced what it touted as a simplification of the rules last week, including allowing fully vaccinated travelers arriving in England from much of the world to skip quarantine and pass fewer tests.

But the fine print on who was considered “fully vaccinated” turns out to be much more complicated. To avoid self-isolation, travelers must have received a vaccine under US, UK or EU programs or have received an injection authorized in the UK by an approved health body. Organizations in more than a dozen countries in Asia, the Caribbean and the Middle East were on the list, but not India, nor any in Africa.

Countries like Kenya, which has received hundreds of thousands of doses of the AstraZeneca vaccine from the UK itself, have questioned why their vaccination programs don’t look good enough in the eyes of the UK government. This raises fears that the rules may exacerbate an already worrying hesitation about vaccines in Africa, as some people wonder if the doses available there are not up to the mark.

The government of Kenya has noted “significant public concern” as a result of the new rules. South African Medical Association President Dr Angelique Coetzee said citizens were “discriminated against” and that was “totally unacceptable”. South African authorities have opposed not only the new quarantine rules, but also the country remaining on the UK’s so-called red list, from which all travel is severely restricted.

The Hindustan Times, one of India’s leading English-language dailies, called the move “illogical and harmful” in an editorial.

Shashi Tharoor, leader of India’s main opposition congressional party, said he had canceled his upcoming UK book tour in protest. “Why should Indians be considered inferior races to others? “He wrote on the news site The Quint on Tuesday.

The UK Department for Transport, which published the rules, did not immediately respond to a request for comment. But since the initial fury Britain has backed down on one aspect that caused particular dismay: India-made doses of AstraZeneca, known as Covishield, were not initially on the list of approved vaccines. The product made in India has not been officially cleared by UK regulators, although some doses have been used in Britain – and millions have been shipped to low- and middle-income countries.

Covishield was added to Britain’s list of approved vaccines for travelers on Wednesday, but the group of approved public health bodies remained unchanged, meaning the practical effect of the move is limited. The outrage over Covishield has been particularly high in India, where the vast majority of people have been vaccinated with the vaccine.

Before Covishield was added to Britain’s travel list, Indian Foreign Minister Harsh Vardhan Shringla told reporters this week: “We understand this has been used in the national health system ( British) and therefore the non-recognition of Covishield is a discriminatory policy.

Shringla said the rules, which go into effect next month, could force India to “impose reciprocal measures” if the issue is not resolved.

The government has yet to officially comment on the change, but even after it, outrage continued to surge on social media.

“India’s digital certification is much more reliable than the manual system of other countries. Is UK Trying To Make Money From PCR Testing? Tweeted Kiran Mazumdar-Shaw, founder of Indian pharmaceutical company Biocon.

For African countries, the new British rules are a setback after a glimmer of hope after India announced this week that it will resume exports and surplus coronavirus vaccine donations in October – after a freeze in several months due to an increase in domestic infections.

Less than 4% of Africa’s population of 1.3 billion is fully vaccinated, and many have watched in dismay as rich countries stockpile doses and discuss giving their populations a third injection.

Beyond supply issues, many African countries are grappling with hesitation over vaccines as misinformation swirls about injections.

The Kenyan Minister of Health and the British Ambassador to Kenya issued a joint statement on Tuesday aimed at allaying the remaining concerns.

“We want to make it clear that the UK and Kenya recognize vaccines given in both countries,” in particular AstraZeneca, Moderna, Pfizer and Johnson & Johnson, they said.

However, “establishing a system to mutually recognize each other’s vaccination certificates for a vaccination passport program takes time,” they said, adding that neither country has completed the program. process.

Suspect steals nearly $ 2,000 worth of perfumes from Franklin store