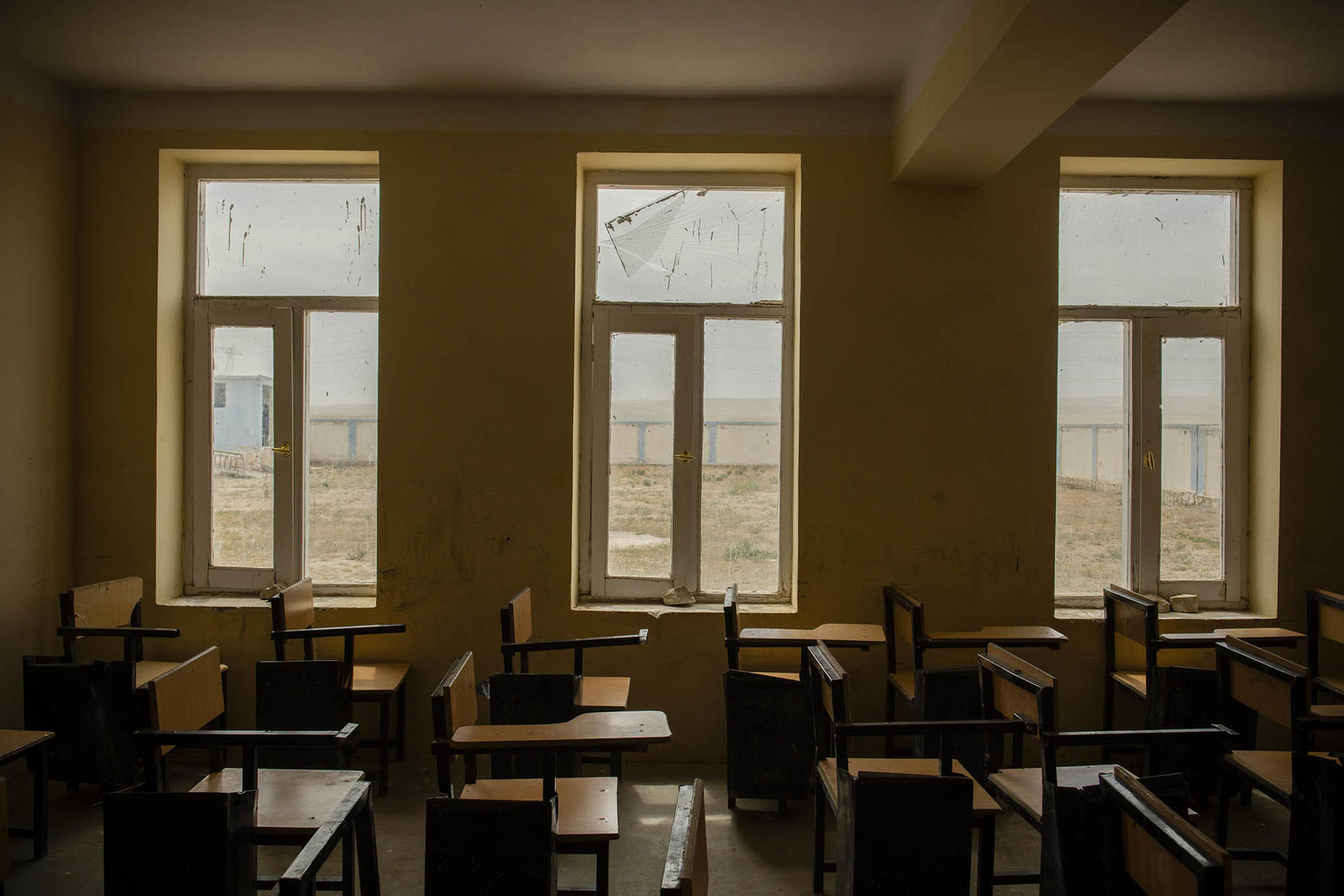 After a year of Taliban rule, gains for Afghan women and youth have all but evaporated

How have women’s lives changed since the Taliban took over?

Ahmadis: Since returning to power last year, the Taliban have imposed restrictions on women’s access to education, employment and other economic resources, and severely limited women’s mobility in general. These restrictions were introduced by official decrees, ordinances and letters at the national and local levels.

While the landscape before the Taliban takeover was problematic, the World Economic Forum’s 2022 Global Gender Gap Report ranked Afghanistan 146 out of 146 for education, participation and economic opportunity women.

The Taliban’s methods of execution include direct warnings, intimidation, detention and, when appropriate, removal from government office. According to a UN Women report: “In practice, restrictions on women’s freedom of movement often go beyond what is prescribed in decrees”, due to the culture of fear and intimidation associated with the Taliban.

Almost immediately after taking over the country, the Taliban ordered female government employees to stay home. Universities remained closed for several months and girls in most areas were unable to attend school beyond sixth grade.

The government reorganization of the Taliban included the abolition of the Ministry of Women’s Affairs and its replacement with the Ministry of Propagation of Virtue and Prevention of Vice, which was a sadly oppressive ministry under the previous Taliban regime in the 1990s.

The ministry quickly imposed new restrictions on mobility – and access to services such as health care – by requiring women to be accompanied by a male blood relative when leaving their homes. Women can no longer obtain a driver’s license. And in a development that demonstrates both the Taliban’s ignorance of women’s issues and their inability to effectively govern a modern state, the Taliban ordered female Finance Ministry employees to send a male family member to replace them. , regardless of the qualifications or education of the man. level. The decisions and orders of the Taliban clearly show that the group considers women second-class human beings and that they are very willing to try to erase the presence of women in the public square.

What are the social and psychological impacts of the erosion of women’s rights in Afghanistan?

Ahmadis: Taliban behavior and subsequent policies towards women have dire consequences for women’s social status and lifelong psychological well-being. The treatment of women as lesser beings or as second-class citizens affects how society as a whole – especially young men and boys – views and treats women at home and in public.

Combined with Afghanistan’s already patriarchal society, it validates efforts to exert ever-increasing control over women’s mobility, education and occupational choices – even their choice of clothing, access to daily services and their ability to exercise their fundamental rights.

It damages women’s self-esteem, confidence and agency. Law enforcement officers from the Ministry of Vice and Virtue often visit communities, gather people in markets and use radio and television platforms or loudspeakers in mosques to call on the public to be their eyes and ears to make sure the women abide by the Taliban’s rules of behavior.

Ahmadis: Prior to August 15, 2021, there were laws, special commissions and family dispute resolution mechanisms that provided some level of protection and support for women. Institutions such as the Ministry of Women’s Affairs (which was present in every province), the Afghan Independent Human Rights Commission, and an ever-growing list of women’s rights groups, special commissions, and NGOs were closed or banned.

Under the Taliban, women were also banned from practicing law or serving as judges, prosecutors or defense lawyers. Of the approximately 300 female judges in Afghanistan before the takeover, 244 of them were entirely evacuated from the country.

The Taliban eroded the mechanisms and services that were in place to provide legal protection and advice to women. The Taliban have incorporated the Independent Bar Association of Afghanistan (AIBA) into the Ministry of Justice. By merging the AIBA with the ministry, the Taliban deprived Afghans, especially women, of a previously robust mechanism for accessing independent defense lawyers.

Predictably, the Taliban replaced experienced judges with their own members, most of whom have no formal legal training. Courts stopped hearing cases related to divorce, separation or domestic violence. Many women who had divorce cases pending before the Taliban took over cannot pursue their cases. In rural areas, most family and property cases are heard and decided by older men and the Taliban. Unsurprisingly, cases involving women are decided in favor of the male party.

All of this forces women victims of domestic violence to endure their abuse in silence and often in isolation. In the absence of female justice actors, combined with Taliban policies that embolden patriarchal norms, women are left without support or options to navigate the justice sector.

Afghanistan has a very young population, with more than 60% of its citizens under the age of 25. How have their lives changed over the past year?

Parks: The rise of a new generation of Afghan scholars, activists and civil servants has been one of the greatest achievements of the past 20 years. There was hope that a new era would be ushered in as the old guard of the powerful was replaced by educated, reforming men and women.

But thousands of Afghans of this generation have fled the country for fear of Taliban persecution and diminished opportunity. Many of those who remain struggle to find jobs and keep a low profile to avoid the oppressive wrath of the Taliban. Many of this new generation are experiencing immense trauma, grief and fear – a tragic consequence of the rapid collapse of the Afghan republic and a legacy of a long and brutal conflict.

And while the international media rightly pays considerable attention to the challenges facing Afghan women and girls, young men have also faced persecution and diminished livelihoods. Many young people of all genders have not had the opportunity to go to school and lack basic literacy, which can make them more vulnerable to recruitment by the Taliban and other extremist groups due to the lack of other viable economic opportunities.

In addition to the banning of secondary education for girls, the current economic crisis has prevented many Afghan families from paying the modest entrance fees to send their children to school. And although girls are not banned from taking university courses, officials warn that the lack of a new generation of high school graduates, coupled with economic barriers, will soon create a “de facto ban”.

The Taliban have also announced their intention to reform the curricula of all public schools and universities to promote their interpretation of Sharia and national propaganda, which could diminish the overall quality of education while possibly indoctrinating young people. impressionable with the extremist beliefs of the Taliban. In some regions, they have already begun to replace certain lessons and faculties.

The continued decline in employment and educational opportunities for young Afghans, coupled with the economic and humanitarian crises, will undoubtedly have dramatic negative consequences on Afghanistan’s long-term stability. Some families have resorted to child marriage and labor to keep food on the table.

Given restrictions on women’s employment and movement, the burden of feeding the family may fall on male children and adolescents. This causes them to lose opportunities to continue their studies, their extracurricular activities and to develop their potential.

Extreme malnutrition, which experts say could remain endemic for the foreseeable future, will cost countless lives and stunt the physical and mental development of countless others, further disadvantaging the post-takeover generation while fueling new trips throughout the region.

How can the United States and the international community continue to support the next generation of Afghans?

Parks: The United States and the international community must continue to support educational opportunities in Afghanistan to prevent further deterioration and collapse, as well as try to persuade the Taliban and the region that an educated society is crucial for stability and the country’s long-term prosperity.

Donors need to think creatively about ways to safely support and nurture the young Afghan militants still in Afghanistan, giving them the tools to drive reform at both the community and national level. Providing resources through online education and community education initiatives can help young people bridge the gap caused by school closures and lack of access. Many universities and learning centers have already adopted online learning platforms and practices that have been developed during the pandemic to ensure education continues safely. They should also consider online courses and campaigns to advise young activists inside and outside the country on how to safely engage politically with authoritarian regimes.

And if the formal education system continues to deteriorate, it will be even more crucial to ensure that these initiatives can grow and be sustained over time. Additional donor funding for the formal education system should be used as an incentive to enable all girls to return to school and to mitigate interference in curriculum development. Increased support for agricultural development and skills training programs can boost employment while improving community livelihoods.

Mitigating the humanitarian and economic crisis is of paramount importance for child development, preventing further displacement of young people and ensuring that Afghans can return to school.

Donors should also consider funding trauma healing and psychosocial support programs for Afghans both in-country and throughout the diaspora. This will not only help improve livelihoods, but lay the groundwork for reconciliation by addressing the common legacies of war.

Matthew Parkes is a program specialist for USIP teams in Afghanistan and Central Asia.